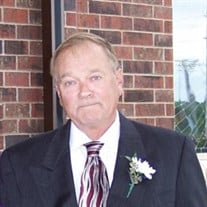 William Garner Ahrens, age 76, of Chester, Maryland, passed away peacefully on Monday, January 17, 2022 after a brief stay at Compass Regional Hospice in Centreville. Bill was born on July 18, 1945 in Baltimore, Maryland, the son of the late Courtice and Lillian Garner Ahrens. He moved at a young age with his family to Haddonfield, New Jersey. Bill served in the US Army in Vietnam from Oct 1965 to Jul 1967 with Company B, 1st Battalion, 5th Infantry (Mechanized), 25th Infantry Division as a “Tunnel Rat” in Cu Chi, earning a Purple Heart, Bronze Star, and Combat Infantry Badge. He mustered out with the rank of Sergeant. He was featured in an article on Tunnel Rats in the December 1967 edition of True Magazine. Upon returning to the states, he met the love of his life and future wife, Mary Ann Wojno, driving every weekend to New York to visit her. They were married on June 17, 1972 and spent the next 47 years on an unforgettable life journey. Settling in Cherry Hill, New Jersey, Bill was a volunteer Fireman with the Woodcrest Fire Company and a gas station attendant. Working hard, he eventually became the owner of a successful Landscaping and Concrete Foundation Company. During their time together, Bill and Mary Ann enjoyed taking cruises and visiting the Atlantic City casinos, especially Trump Marina. Every summer, his nieces and nephews from New York would spend weeks visiting their favorite “Uncle Bill”, going to Phillies baseball games and baseball camp, fishing or swimming in his jacuzzi. When it came time for a real summer vacation, everyone headed to a rented cabin at Grandview Inn on the Maryland Shore. Bill loved playing golf! He enjoyed the yearly NYPD Dinosaur Squad golf weekend outings he attended with his brother-in-law Rich, nephew Chris and good friend Rich DiPietro. While there, Bill entertained everyone on the course with his silly antics and playing the piano at the lodge. Upon retirement and relocation to Chester, Bill was able to relax and spend more time on the water fishing, going to St. Michael’s, and golfing every chance he could. An annual family gathering was held in July to celebrate his and his wife’s birthdays, shooting off fireworks while enjoying crabs and beer. Bill was always the life of the party. Although residing in Maryland, he never stopped being a die-hard Philadelphia Eagles fan, despite their losing record. As his health failed, Bill appreciated the attention and care he received from his neighbors. He could always count on them to go grocery shopping, bring him a good meal, or keep him company playing cards or watching a movie. Bill’s generosity and kindness will not be forgotten. He had a heart of gold and will be sorely missed by everyone who knew and loved him. Bill was predeceased in death by his beloved wife, Mary Ann and pets Penny, Floppy and Rusty. Surviving him to celebrate his life and cherish his memory are his brother and sister in-law, Rich and Gerri Wojno; brother Courtice D Ahrens Jr; nephews/nieces: Chris and Chandra, Bill and Christine, Ronnie and Mike, Victoria, Lisa Marie and Aschlyn; grandnephews/nieces: Gunnar, Dominic, Arya, Liam, Gabriel, Juliana, Leanna, Henry, Tatiana and his good friend Sandy. Internment with military honors will be in Arlington National Cemetery at a later date. In lieu of flowers, memorial donations may be made to the Disabled American Veterans at dav.org.

William Garner Ahrens, age 76, of Chester, Maryland, passed away peacefully on Monday, January 17, 2022 after a brief stay at Compass Regional Hospice in Centreville. Bill was born on July 18, 1945 in Baltimore, Maryland, the son of the late... View Obituary & Service Information

The family of Willam Garner Ahrens created this Life Tributes page to make it easy to share your memories.