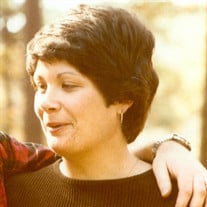 Susan Marie Riley, 72, of Chester, Maryland, and formerly of Woolwich, Maine passed away on May 24, 2021 after a courageous 13-year battle with Parkinson’s Disease. Born on January 8, 1949, in Glen Cove, Long Island, New York, she was the daughter of Cortland Oliver Burckhardt and Elaine Pollock Burckhardt. Susan was raised in Huntington, NY where she graduated from Harborfields High School in Greenlawn, NY. She earned a Bachelor of Science degree from University of Oklahoma. In 1973, Susan married Benjamin P. Riley III, and they spent more than 47 happy years together. In the early years of their marriage, Susan taught and worked in the public-school systems. She was a dedicated Navy wife, generously supporting her husband’s Navy career, which involved frequent family relocations along the East Coast. Susan was a devoted mother and grandmother, who enjoyed making a home for her husband and children. An accomplished cook and gardener, her extensive flower gardens were the envy of many. Susan cherished her years living in Maine and her many visits back to her adopted home state, where she kept in close touch with lifelong friends. Susan’s greatest commitment and love was focused on her children and grandchildren. Her charge to her husband and children was to stay close to and support each other after her passing. Susan is survived by her husband Benjamin Riley, sons Benjamin (Katie), and Travis (Larissa), daughter Katherine (Raymond), and nine grandchildren: Maeve, Benjamin, Patrick, James, Thomas, Nicholas, Henry, Grace and Samuel. In addition to her parents, she is pre-deceased by her sister Jane Burckhardt. A private memorial service will be held at a future time. In lieu of flowers, memorial contributions may be made to The Michael J. Fox Foundation or GiGi’s Playhouse, Annapolis. For online tributes, please visit www.fhnfuneralhome.com

Susan Marie Riley, 72, of Chester, Maryland, and formerly of Woolwich, Maine passed away on May 24, 2021 after a courageous 13-year battle with Parkinson&#8217;s Disease. Born on January 8, 1949, in Glen Cove, Long Island, New York, she was... View Obituary & Service Information

The family of Susan Marie Riley created this Life Tributes page to make it easy to share your memories.

Susan Marie Riley, 72, of Chester, Maryland, and formerly of...

Send flowers to the Riley family.