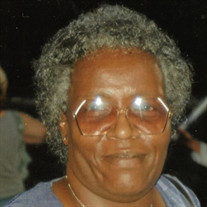 Sharon Priscilla Duckery Greene of Dover, DE passed away on April 18, 2022 after a short illness. She was 65. Sharon was born in Talbot County on July 22, 1956 to Virginia Duckery and the late Theodore Duckery and was raised in Chesterville, MD. Sharon’s early education was in the Kent County School System where she graduated from Kent County High School in 1974. She later furthered her education by receiving diplomas from Del Tech Community College in Dover, DE. Sharon was employed at I.L.C. of Dover, DE for 36 years. Sharon’s joy and the love of her life was her late husband “Snake” Wade Greene. From this marriage they had one son, DeVar Wade Greene of whom she was a proud mother, especially after the death of her husband, sometimes as a mother being over protective. Sharon at an early age went to Asbury United Methodist church where she received her religious experiences during which she received Christ and was Baptised. Sharon enjoyed crocheting, knitting, volleyball, basketball, football and her favorite team the Eagles. She was a member of the club, The Royal Flush of Millington during its hay-day and she loved playing Spades. Sharon was preceded in death by her husband, Sherrell “Snake” Wade Greene, step daughter, Michelle Greene, father, Theodore Duckery, maternal grandparents, John and Lillian Johnson, paternal grandparents, Western and Ida Duckery, father and mother in law, the late William Albert and Jessie Greene and niece Monica Rochester. Sharon leaves to cherish her memories, one son, DeVar Wade Greene (Evelyn), mother, Virginia Duckery, one sister, Shirley Duckery, sister in law, Teresa Davis (Howard), nephews, Deon Duckery and James Kennard, uncle, William Duckery, aunts, Shirley, Maddox, Marion Kennedy, Evelyn Foster, Jeretta Duckery and Yvonne Duckery. Sharon had a host of cousins, and friends. Special recognition to her cousin, Louis (Joe) Duckery (Nina) and special friends, Whitney Wood (Steve) and Charles Clark (Sharon) A visitation will be held Sunday, April 24, 2022 from 5-7 at Fellows Family Funeral Home 370 Cypress St. Millington, MD. A second viewing will be held on Monday, April 25, 2022 from 10am-11am at Graves Chapel Church. Service will begin at 11am the Church. Interment will follow in Chesterville Cemetery in Millington, MD.

Sharon Priscilla Duckery Greene of Dover, DE passed away on April 18, 2022 after a short illness. She was 65. Sharon was born in Talbot County on July 22, 1956 to Virginia Duckery and the late Theodore Duckery and was raised in Chesterville,... View Obituary & Service Information

The family of Sharon Priscilla Greene created this Life Tributes page to make it easy to share your memories.

Send flowers to the Greene family.