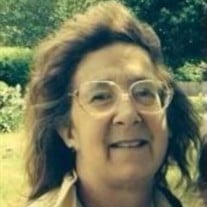 Sarah Harding Mueller (Browne) passed away on the morning of March 4, 2021. She was beloved by her family as a wife, mother, grandmother, stepmother, sister and daughter, as well as by many friends in several communities around the Eastern Shore. Sarah was born to Cecil and Jessie Browne on September 8, 1961, in New York City and spent most of her childhood in Pottersville, New Jersey. At the age of 9 her family relocated to Trappe, MD. Sarah then attended The Gunston School where she graduated in 1980. After graduation, she would go on to study Business/General Studies at Chesapeake College. Sarah worked many jobs (most notably as an AVON sales associate) before marrying the love of her life, John Mueller, on February 15, 2000. They lived and loved together in their home located in Harmony, MD. While Sarah continued with work, she realized a lifelong dream and found her true calling as a mother with the birth of her first daughter, Jacqueline. Two and a half years later, she was blessed with a second daughter, Stephanie. She would go on to raise her two beautiful girls and would stay active in their lives by spending time as a Character Counts Coach at Preston Elementary School, and by volunteering as part of their Girl Scout Troop. Recently before her passing, Sarah rekindled her love for education and began taking classes again at Chesapeake College where she could be proud of and enjoy her academic successes. Sarah was a kind and wonderful soul who enjoyed baking, cooking, traveling/sightseeing, watching sports (Ravens, Orioles, and Nascar), gardening, Girl Scouting, and spending time with her family. Sarah dearly loved all of her family, and held an especially deep love for her husband John, her children Stephanie and Jacqueline, stepchildren Greg and Chris, daughters in law Emaah and Laura, grandchildren Kaylie, Garrett and Josephine, and her nieces/nephews Rachel, Jessie, Nathan, and Micah whom she also saw as children of her own. Additionally, she is survived by her mother Jessie, brother Rollin and his wife Cindy, and sister Melissa. In death, she is reunited with her father Cecil, whom she had greatly missed since his passing in 2009. Although she departed far too soon, Sarah lived a full life and her smile and warmth brought great joy to those who were fortunate enough to spend time with her. Rest In Peace, Sarah, you are missed. Services will be at St. Peter & Paul Church 1210 S Washington St, Easton, MD on March 16: Visitation for close friends and family at 10a.m. and a Funeral Mass at 11a.m. In lieu of flowers, donations in Sarah’s memory can be made to Positive Strides Therapeutic Riding Center, PO Box 391, Easton, MD 21601. Arrangements by Fellows, Helfenbein & Newnam Funeral Home P.A.

Sarah Harding Mueller (Browne) passed away on the morning of March 4, 2021. She was beloved by her family as a wife, mother, grandmother, stepmother, sister and daughter, as well as by many friends in several communities around the Eastern... View Obituary & Service Information

The family of Sarah H. Mueller created this Life Tributes page to make it easy to share your memories.

Sarah Harding Mueller (Browne) passed away on the morning of...

Send flowers to the Mueller family.