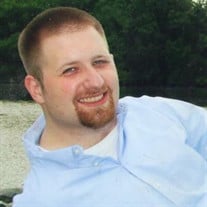 Ryan Lee Howell, 36, transitioned to be with The Lord on October 15, 2021. Ryan was born December 19, 1984, to George Lee Howell and Carolyn L. (Brey) Howell. Even though Ryan did not have a long life, he accomplished quite a bit. He graduated from Colonel Richardson High School in 2002, a year earlier then he was supposed to. But he still considered the class of 2003 ‘his’ class. A year after his graduation he enlisted in the United States Coast Guard for four years of service. While serving he went to culinary school and became a chef. After he was honorably discharged, he came back home and worked at several local restaurants as their chef. He then went on to become a correctional officer at the Dorchester Detention Center in Cambridge, MD, where he worked his way up to Corporal. After leaving the detention center he went on to have multiple other jobs, the last one being with the Milford Postal Services. Ryan loved sports. While a child he was in Pop Warner football and little league baseball. Staying involved also in high school playing football and baseball. He loved watching the Baltimore Orioles, Maryland Terrapins, and the Washington Football team. Ryan is survived by his parents: George and Carolyn Howell of Preston, MD; his sister: Heather (Howell) Martin, her husband, Wayne, and daughter Gabriella of Denton, MD; his children: Wyatt and Lucas Howell of Cambridge, MD, his four month old daughter, Abigail Howell, also Zackary Taylor, who was like his own son; His significant other: Rebecca Taylor of Milford, DE; his many aunts and uncles: Warren and Valerie Brey of Preston, MD, Robert and Sandy Howell, Steve and Wanda Howell, Clark and Mindy Howell, and Davina and Charlie McCarty: several cousins, and a grandmother Nellie Howell. He is proceeded in death by his grandfather: John Howell; grandparents: Bill and Grace Brey; uncle: Ross Howell; cousin: Tammy Howell; and Susan Lockhart. A visitation will be held at Fellows, Helfenbein and Newnam Funeral Home P.A. of Easton, MD, on Friday, October 29, 2021, from 11:30a.m. to 12:30p.m. A private funeral is scheduled at the Eastern Shores Veteran Cemetery of Hurlock, MD. A celebration of life will be held on November 13, 2021, at 1p.m. at the Oasis Church in Easton, MD.

Ryan Lee Howell, 36, transitioned to be with The Lord on October 15, 2021. Ryan was born December 19, 1984, to George Lee Howell and Carolyn L. (Brey) Howell. Even though Ryan did not have a long life, he accomplished quite a... View Obituary & Service Information

The family of Ryan Lee Howell created this Life Tributes page to make it easy to share your memories.

Ryan Lee Howell, 36, transitioned to be with The Lord on October...

Send flowers to the Howell family.