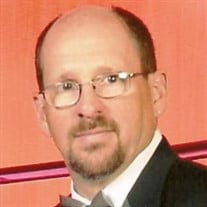 Robert Arthur Binner, Jr. of Stevensville, MD passed away unexpectedly on October 4, 2021 at Anne Arundel Medical Center (Annapolis, MD). He was 66. Born on October 6, 1954 in Buffalo, NY, he was the son of the late Robert Arthur Binner, Sr. and Elizabeth Ann Sauer Binner. Dr. Binner was a graduate of Hamilton College (1976), Albany Medical School (1980), and completed a pediatric residency at Hartford Hospital (Hartford, CT 1980-1983). He went on to complete an anesthesiology residency at Tufts Medical Center (Boston, MA 1983-1985). Dr. Binner worked 33 years as an attending anesthesiologist at several hospitals: Buffalo Children’s Hospital, Duke University (Durham, NC), WCA Hospital (Jamestown, NY), Saint Vincent Hospital (Erie, PA), and Johns Hopkins Bayview Medical Center (Baltimore, MD). As an attending physician, Dr. Binner received the Teacher of the Year Award, Duke University, Department of Anesthesiology, 1990-1991. After a fulfilling career as a physician, Dr. Binner retired in 2018 making his home on Kent Island, MD. Dr. Binner, known as Bob to his close friends, also had a free-spirited side. He was an avid gardener and used his fresh vegetables for canning. His canned dilly beans were well known amongst family and friends, even getting his own article in one of his favorite newspapers, The Post Journal. Bob was also known for his comedic personality developing his “Shock Doc” persona as a stand-up comedian for years. Bob’s family often heard stories of him telling a joke to patients prior to anesthesia and then delivering the punch-line post-surgery. Bob appreciated the simple things in life and passed on this appreciation to his children and grandchildren. In his retirement, he volunteered as director of the food pantry (Bridge Church, Annapolis MD) and delivered donated foods to Heritage Baptist Church (Annapolis, MD) as well as to other food pantries in the area. He was a very active member of Island Alliance Church (Stevensville, MD). Robert is survived by his wife, Madelaine Louise Binner (Boucher) of Stevensville, MD; son, Joshua R. Binner (Severna Park, MD), daughter, Elizabeth H. Binner (Baltimore, MD), two grandchildren, Everly and Gavin Binner; two brothers, Richard A. Binner (Deborah) (Depew, NY), Roger A. Binner (Rehoboth, DE) and his beloved dog, Fannie. A visitation will be held on Friday, October 8, 2021 from 5 pm to 8 pm at the Fellows, Helfenbein & Newnam Funeral Home, P.A. in Chester, MD. A service will be held on Saturday, October 9, 2021 at 11 am at Island Alliance Church in Stevensville, MD with interment at Stevensville Cemetery to follow. Memorial donations can be made to the Heritage Baptist Church Food Pantry (Annapolis, MD): (https://www.heritageloves.com/). Flower arrangements can be sent directly to the funeral home. Online condolences may be made at www.fhnfuneralhome.com

The family of Robert Arthur Binner Jr created this Life Tributes page to make it easy to share your memories.

Send flowers to the Binner family.