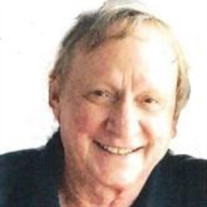 Richard “Dick” Alan Biggs of Chestertown, MD passed away on December 25, 2021. The son of Archibald and Mildred Biggs, he was born on December 2, 1945, in the District of Columbia. Dick grew up in Colesville, MD on the family farm and attended Sherwood High School. He earned a B.S. in Horticulture from the University of Maryland in 1968. During those college summers he rented a peach orchard and developed a love of growing peaches. He later became the Horticultural Extension Agent for Montgomery County, where he worked closely with local growers to promote fruit and vegetable cultivation during a time that farm markets began to pop up across Montgomery County. Dick had a love of the land and growing was his passion. In 1982 he left the Maryland Extension Service to start his own farm and market, Rock Hill Orchard, in Mt. Airy, MD. Customers came from near and far, especially during strawberry and peach seasons. In addition, schools from throughout the area brought their students to experience farming from his large tractor-driven hay wagon. His employees came back season after season, learning from and respecting his mentorship. When retirement neared, he made sure his farm would never be developed by committing his land in perpetuity to the Maryland Agricultural Land Preservation Foundation. After retiring in 2010 and moving to Chestertown with his wife, he enjoyed landscaping with ornamentals and puttering in his garden. He was an amateur cook with a small repertoire of dishes. Most notable was his chili, which was award-winning in certain circles. Nothing made “Pop” happier than visiting with his daughter and grandchildren, as well as his extended family and friends. His kindness, generosity, humor, and gentle spirit will be greatly missed by all who knew him. He was predeceased by his son, Andrew, in 2006. He is survived by his wife, Nancy; his daughter, Julie and grandsons Oliver and Jack of Mt. Pleasant, SC; his sister Martha English and brother-in-law Alden of Olney; and a large extended family. A celebration of life will be held in Chestertown in the spring. In lieu of flowers, please consider making a memorial contribution in his name to the Kent County Historical Society, P.O. Box 665, Chestertown, MD 21620.

Richard &#8220;Dick&#8221; Alan Biggs of Chestertown, MD passed away on December 25, 2021. The son of Archibald and Mildred Biggs, he was born on December 2, 1945, in the District of Columbia. Dick grew up in Colesville, MD on the family farm... View Obituary & Service Information

The family of Richard Alan Biggs created this Life Tributes page to make it easy to share your memories.

Send flowers to the Biggs family.