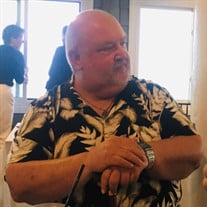 Peter “Pete” Leonard Kashuba,74, of Stevensville, Maryland passed away on October 10th, 2021 at the age of 74. Pete was born in Pennsylvania on January 13th, 1947 to the late Peter Kashuba and the late Clara (Matusiak) Kashuba. He attended Cathedral High School in Scranton and graduated from Penn State University with a degree in Electrical Design Engineering Technology. After serving in the Navy, Pete became a software technician. He worked for various government contractors and then worked for the federal government for several years, until he retired in July of 2016. Pete was an enthusiastic fisherman and an excellent cook. He took cooking lessons at L’Academie de Cuisine and at various venues in European cities. Pete wore many hats in his 74 years and most recently got involved with some of Ocean City’s newest and most popular restaurants. After retiring to Maryland’s Eastern Shore, Pete became an active member of the Kent Island Yacht Club, the American Legion and The Fleet Reserve Association. He also served on the Board of Directors of the Summer Beach Condominium in Ocean City, Maryland. Pete is survived by his loving wife, Kateri Elizabeth (Carroll) Kashuba of Stevensville, his sons Christopher and Brendan, brother, Joseph Kashuba of Clark's Summit, PA. and sister, Barbara Bliss of Venice, FL. He is also survived by nieces, nephews and their children. A memorial service will be held on Friday, October 15th, 2021, at 11 AM at St. Christopher’s Catholic Church, 1861 Harbor Drive, Chester, MD 21619. In lieu of flowers, the family requests contributions to any of the following charities: Little Sisters of the Poor: littlesistersofthepoor.org, Ocean City Paramedics Foundation: ocpf.org, or Wounded Warrior Project: support.woundedwarriorproject.org.

The family of Peter Leonard Kashuba created this Life Tributes page to make it easy to share your memories.

Send flowers to the Kashuba family.