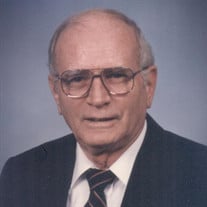 Neal H. Jones (Buzz) of Trappe passed away on April 25, 2022 at the age of 90. Buzz was born in New Castle, PA in 1931. When he was 6 months old his family moved to Baltimore where he grew up. He attended Baltimore City public schools and graduated from Forest Park HS in 1949. Buzz joined the Army in 1952, completed basic training with the 101st Airborne Div., 502nd Abn. Inf. Regt., Camp Breckinridge, KY and was selected for the 101st Airborne Leadership School. He served in Korea with the 25th Inf. Div., 14th Regt. from April 1953 to June 1954 as a Combat Infantryman, and NCO school instructor following the cease-fire, with the rank of Master Sergeant. During his tour of duty Buzz received the Combat Infantryman Badge and the Purple Heart. Following discharge, Buzz worked for Eastern Airlines for 30 years as a Supervisor and Shift Manager at BWI Airport. He then took his considerable knowledge of airport operations to the MD Department of Transportation, Aviation Administration as an Airport Operation Manager at BWI for 12 more years. In 1979, Buzz and his wife Pat bought property in Talbot County, built a home and permanently moved to Talbot County in 1990. Upon retirement in 1998, Buzz became an active volunteer as a Reserve Officer with the MD Natural Resources Police on the Eastern Shore and was employed by Talbot County Parks & Recreation. Buzz was also active with the Military Order of the Purple Heart Delmarva Chpt. 570 (past Commander & Chaplain), 25th Infantry Division Assoc., Easton VFW Post 5118, Korean War Veterans Assoc. and NRP Reserve Officer Assoc. He is survived by his wife Pat (nee Patricia Scott) of 69 years and their 3 children: Judi Raglin (Ron), Scott Jones (Julie) and Joanne Marshall (Robert Woodard). He is also survived by 6 grandchildren, Jennifer Lutz (Mark), Bradley Raglin (Mindy), Kristen Young (Adam), Jonathan Raglin (Jillian), Meghan O’Dowd (Donovan), Lauren Faulkner (Preston) and 12 great-grandchildren. He is survived by his sister Marilyn Strohm of Ocean Pines, niece Diana Blanchard and nephew Michael Patrick Jones. He is predeceased by his brother Michael Jones, his mother Evelyn Durm (nee Mettam) and his stepfather Charles Durm. Funeral services will be held at St. Mark’s United Methodist Church, Easton, MD on Friday, May 6th. Viewing will be held at 9:30 AM, Christian service at 10:00 AM followed by a reception for all at VFW Post 5118, Easton. Following the reception Buzz will be interred at the Eastern Shore Veterans Cemetery, Hurlock, MD with military honor guard and family in attendance. Flowers can be sent to Fellows, Helfenbein & Newnam Funeral Home, Easton MD. In lieu of flowers, donations may be made to any of the above organizations in which Buzz was active.

Neal H. Jones (Buzz) of Trappe passed away on April 25, 2022 at the age of 90. Buzz was born in New Castle, PA in 1931. When he was 6 months old his family moved to Baltimore where he grew up. He attended Baltimore City public schools and graduated... View Obituary & Service Information

The family of Neal H. Jones created this Life Tributes page to make it easy to share your memories.