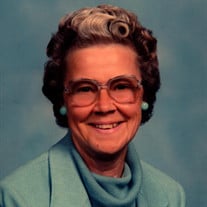 Mildred Jones Parsons of Rock Hall, MD died on July 1, 2021 at Whispering Pines Assisted Living in Rock Hall. She was 92 years old. She was born in Rock Hall, MD on Swan Creek, the daughter of the late Charles Henry and Mildred Martha Williams Jones. She graduated from Rock Hall High School with the class of 1946. She married Leonard Preston Slagle in 1950, who was killed in the Korean War in 1951. She later remarried to Albert Parsons and they lived in Rock Hall, MD. Mrs. Parsons worked with Kent Manufacturing at the time of the explosion on July 16, 1954. She later went to work for Lehigh Chemical and then Baltimore Business Forms, where she retired in 1983 after 22 years as a proofreader. She was a former member of CRYCC where she enjoyed golfing. She was also a member of Rock Hall United Methodist Church and the Ladies Auxiliary of the Sgt. Preston Ashley American Legion Post #228 in Rock Hall. Mrs. Parsons enjoyed bowling with the Wednesday league, floral gardening, and spending time with her beloved dogs. She is preceded in death by her brother, Charles Williams Jones, and nephew, Charles Smithson. She is survived by her husband, Albert Parsons; two stepdaughters, Patricia Parsons (Jeff) and Alberta Lindauer (Jim); a niece, Nancy Conner; five step-grandchildren and eight step-great-grandchildren. Services will be held on Tuesday, July 6, 2021 at 11:00 am at Fellows, Helfenbein & Newnam Funeral Home, 130 Speer Road, Chestertown, MD, where a visitation will be held one hour prior (10-11am). Interment will be in Wesley Chapel Cemetery, following the service.

The family of Mildred Jones Parsons created this Life Tributes page to make it easy to share your memories.

Send flowers to the Parsons family.