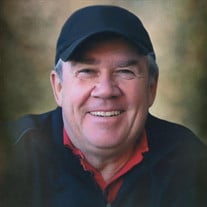 Michael Clark Kelly (Mike) of Oxford, 75, beloved husband to Lorraine Walsh Kelly for 51 years, passed away on November 29, 2021. Mike was the son of Roger M. Kelly and Dorothy Morrell Kelly. Mike was born in Bay Shore, NY, and lived in Brightwaters, NY until 1961 when his parents bought Brightwaters Farm just outside of Oxford. Mike attended La Salle Military Academy, graduating from Severn School in 1964. During his high school years Mike played football, basketball and lacrosse. Mike graduated from Washington College in Chestertown, with a BA in Economics in 1968. While at Washington College Mike played lacrosse and was part of the 1967 Athletic Hall of Fame lacrosse team and played on the All-South Team in 1968. Following his lacrosse career Mike passed along his love for the game by coaching at every level from youth to high school, both boys and girls. Mike served in the Maryland National Guard from 1968 to 1972. His Active-Duty post was in El Paso, Texas. He was stationed at the Nike Missile Site on Broadneck Peninsula near Annapolis. Mike earned his CPA certificate in 1973. He worked for Arthur Young and Company, Alex Brown Realty and the F. A. Davis Company, all in Baltimore. In 1980 Mike purchased Worcester Beer Wholesalers, an Anheuser-Busch Distributorship located in Berlin Maryland. In 1981 Mike relocated his family to Salisbury. Worcester Beer grew steadily under his leadership. In 2000 Mike negotiated the sale of the company back to Anheuser-Busch and relocated from Salisbury back to Oxford where he and his wife built their home on the family farm. In his youth Mike enjoyed sailing, winning many trophies while sailing on the Great South Bay on Long Island. He continued this love of sailing after his family moved to Maryland sailing on Log Canoes and his 36' BB10. In addition to sailing, Mike loved skiing out west with his family. He was an avid tennis player often playing doubles with Lorraine both at Eagles Nest Country Club in Towson, MD, and in Salisbury. After retirement and relocating to Oxford, Mike took up golf with the same passion and enthusiasm that he brought to all his sports endeavors. Mike and Lorraine joined the Talbot Country Club in 2000 where he was an active member of the Men's Golf League. He enjoyed many friends through his golfing endeavors and had a wide circle of friends at the Country Club and never lost his passion for golf. Mike served as President of the Board of Directors of TCC from 2003-2005. Mike was a constant presence at the YMCA of the Chesapeake where he also leaves a wide circle of friends. He was a great storyteller and his friends at the YMCA enjoyed hearing all of his adventures and lacrosse stories! In addition to his wife, Lorraine, Mike is survived by his son Roger M. Kelly II of Baltimore, his daughter Brittany Drescher and her husband Michael of Franklin, TN; six grandchildren, Jackson Drescher, Grace Kelly, Anderson Drescher, John Kelly, Allison Kelly, and Charlie Drescher; and his sister Trish Kelly Reynolds (Tom) of Oxford. In lieu of flowers donations may be made to the YMCA of the Chesapeake. Services will be private and take place in late December.

The family of Michael C Kelly created this Life Tributes page to make it easy to share your memories.

Send flowers to the Kelly family.