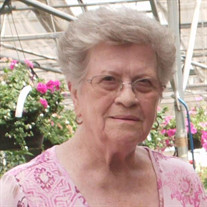 Marian Marvine Darrah of Chester, MD died on July 31, 2021. She was 87 years old. Born on December 2, 1933, in Little Rock, AR, she was the daughter of Marion Davis and Maude O’Neill Davis. Marian was fun-loving, outgoing and enjoyed life. Marian moved to California when she was a child and grew up there. She owned and operated a Mexican restaurant in Oxnard, CA. After moving to Fresno, CA, she was a Golf Course Club Manager. Marian retired and moved to Maryland in 2009 after the passing of her husband, Jack Darrah, in order to be near family. Marian made many friends here and enjoyed the girls’ lunch bunch group every month. Marian had a passion for bingo, which she played regularly at the Senior Center in Stevensville and the Fire House in Romancoke. She attended the First Baptist Church of Kent Island. Marian loved gathering with family, Elvis Presley, Hawaii and tacos. She liked making home-made candy for family, drive-ins, the Ravens and Dodgers, Roller Derby and old-time westerns. Marian was very close to her children, grandchildren and great-grandchildren. We will miss her very much. Marian is predeceased by her husband, Jack Darrah; son, William Wayne Plumbtree; and ten siblings. Marian is survived by her sons, Michael Plumbtree and his wife Charli of Grasonville, MD and Richard Plumbtree of Chester, MD, and her daughter, Debbie Olmos of Fresno, CA. She is also survived by seven grandchildren and fourteen great-grandchildren. A Memorial service will be held at Fellows, Helfenbein & Newnam Funeral Home, PA in Chester, MD, on Saturday, August 28 at 11 am. In lieu of flowers, memorial contributions may be made to First Baptist Church of Kent Island. For online tributes, please visit www.fhnfuneralhome.com

Marian Marvine Darrah of Chester, MD died on July 31, 2021. She was 87 years old. Born on December 2, 1933, in Little Rock, AR, she was the daughter of Marion Davis and Maude O&#8217;Neill Davis. Marian was fun-loving, outgoing and enjoyed... View Obituary & Service Information

The family of Marian Marvine Darrah created this Life Tributes page to make it easy to share your memories.

Send flowers to the Darrah family.