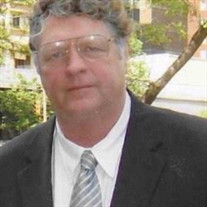 James “Jimmy” Gannon Dudley, 69, passed away peacefully on January 2, 2022 in Chestertown, MD. He was born on December 6, 1952 in Easton, MD the son of the late William “Hazel” and Marie Gannon Dudley Jr. He was a graduate of Queen Anne’s County High School in 1970 and played baseball, soccer, and was the Treasurer of his Senior Class. He received his Associate Degree from Chesapeake College in 1987, and Bachelor’s Degree from The University of the State of New York where he majored in Political Science and Business. Jimmy was a hard worker from a very young age and worked on farms with his father growing up and throughout his life. He farmed over 14 farms with a total of 2300 acres of corn, wheat, beans, and barley in Queen Anne and Talbot County. He harvested and hauled sweet corn for 27 summers for S.E.W. Friel and worked for Martin Harvesting where he harvested and hauled wheat across the Midwest in recent years. Jimmy was one of the founding members of the Queen Anne’s County Chamber of Commerce in 1980, served on the Board of Directors, and was the Membership Development Committee Chairman. Jimmy was elected and served on the Queen Anne’s County Democratic Central Committee. Jimmy also worked for MD State Senator Frederick C. Malkus Jr. and worked on US Senator Barbara Mikulski’s campaign in 1987. Jimmy was one of the original organizers of the Bay Music Festival in Centreville where he also emceed. Jimmy was a lifelong attendee of Our Mother of Sorrow/St. Peter the Apostle Parish in Centreville, MD and was an advocate for the Knights of Columbus at St. Bernadette Catholic Church in Harrington, DE for the last 10 years. Jimmy volunteered during the holiday season with Toys for Tots. He loved baseball, singing, reading, and could hold his own at a Blackjack table and especially on the dance floor. He loved his kids and family. He would help anyone in need and literally give them the shirt off his back. In addition to his parents, he is predeceased by his brother William Dudley III. Jimmy is survived by his son Rory “Roe” Michael Dudley and his wife Jessica, his daughter Stephanie Kay Dudley, his grandchildren Lily and Luke, his sister Joyce Harper, his nieces and nephews, and lifelong friends. Memorial contributions can be made in Jimmy’s name to the American Cancer Society. A visitation will be held on Wednesday, January 12, 2022 from 11 am to 12 pm at the Fellows, Helfenbein & Newnam Funeral Home, P.A. in Centreville, MD, where a service will be held at noon. Burial will follow in St. Peter's Catholic Cemetery in Queenstown, MD.

The family of James Gannon Dudley created this Life Tributes page to make it easy to share your memories.

Send flowers to the Dudley family.