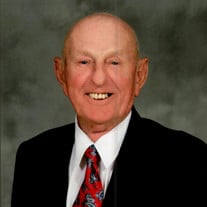 H. Hartley Bayne, age 96, of Chestertown, Maryland passed away peacefully on June 24, 2021, surrounded by his family at Compass Regional Hospice in Chestertown, MD. He was the son of Harry Wisner Bayne and Grace Justine (Hartley) Bayne. He was the oldest of four siblings, two brothers Donald Tucker Bayne and Robert Reese (Shaggy) Bayne and one sister, Betty Lou Cole, all who preceded him in death. In addition to his parents and siblings, Hartley was preceded in death by his wife of 61 years, Patricia Ann (Phillips) Bayne and daughter, Robin Suzanne Bayne. He is survived by his children, Wayne Phillips Bayne of Boise, ID; Donald Hartley Bayne of Rock Hall, MD, Clarke Douglas Bayne of Church Hill, MD and Judith Ann Smith of Middletown, DE; 8 grandchildren – Steve, Sherri, Kate, Meghan, Erin, Ashley, Kristen and Kelsey; and 12 great-grandchildren – Gage, Averie, Baylee, Charli, Zoë, Ryleigh, Coulby, Emma, Jack, Bay, Flora and Kylie. Hartley was born in University Hospital in Towson, MD on May 2, 1925 and soon after was taken home to live on the shores of the Chester River in Crumpton, Maryland. As a young boy, he knew most everyone in town due to his newspaper route and worked various jobs such as sorting dried seeds with his Uncle Poe to prepare them for sale. He loved to recall being a water boy, delivering buckets of clean water to the actors and workers on the Adams Floating Theatre in exchange for a ticket to see the show when it came up the river. As a young man, he was given his first dog by a man who had employed him to work on his farm, a Chesapeake Bay Retriever he named Bay. Hartley developed a lifelong love for the Chester River, Chesapeake Bay and the Eastern Shore while crabbing, hunting, fishing and boating throughout his life with family (especially his sons) and friends. He instilled a love and appreciation for nature in his children, grandchildren, and great-grandchildren by taking them on crabbing trips on his much-loved bateau, having discussions about tides and moons, and watching sunsets ripple on the river while returning to Long Cove after a weekend of boating on the Kathy, Bayne Banger or Bayne Banger II. Hartley attended Crumpton Elementary School and graduated from Sudlersville High School with the Class of 1942. He enlisted in the United States Navy in August 1943 and served as an Aviation Radioman, Gunnery and Radar Operator and Instructor at Jacksonville, FL during WWII. While serving on U.S. soil, Hartley was selected to participate in the successful bombing of a German submarine off the coast of South Carolina in protection of the country he loved. Honorably discharged in 1946, he returned to serve in the US Navy Reserves. Soon after, he met his lifetime love, Pat and they married in 1949. They lived in several spots in Queen Anne’s County before settling into their home in Sudlersville, MD for the next 20 years. During this time, Hartley worked as a carpenter and general contractor at the DuPont Chestnut Run Facility in Wilmington, Delaware and moonlighted at the Sudlersville Meat Locker. In 1967, Hartley purchased the Texaco gas station in Chestertown, MD and began a career of operating the station as a mechanic and radiator repair specialist. In 1969, he moved his family to the home in College Heights, Chestertown, where he lived for 52 years until his death. Hartley and Pat thoroughly enjoyed the special friendships they made in various activities such as the Chestertown Cruise Club, the Cotillion Club and traveling with friends to Mexico and Hawaii and taking various cruises. Hartley loved 1940’s Big Band music and he and Pat were often prodded into jitterbugging to the delight of their children and grandchildren when In the Mood by the Glenn Miller Orchestra was played. Hartley sold the Texaco station in 1979 and opened a Radiator Repair shop that remained open until 1992. Still not ready to completely retire, he was hired by Upper Shore Aging in Chestertown into the role of maintenance provider at Morgnec Village for 15 years, finally retiring in 2007 at the age of 82. Hartley was a two-time Past Master and current member of Centreville Masonic Lodge #180. He was proud to play an instrumental role in the Lodge’s ability to purchase their current building through Ham & Oyster dinners and other philanthropic fundraising. He was also a lifetime member of the Order of the Eastern Star in Chestertown, MD. Hartley was awarded for his 75 year membership in the American Legion in 2020. Friends may call on Monday, June 28 from 5 to 7pm at Fellows, Helfenbein & Newnam Funeral Home, 130 Speer Rd, Chestertown, MD, and on Tuesday, June 29 from 10 to 11am, where service will begin at 11am. Graveside service and burial at Crumpton Cemetery will follow. The family would like to thank the many friends and neighbors that helped Hartley’s wish to “age at home” be realized. Without the caring help of Kent County Social Services, Meals on Wheels, MD Office of Blindness and Vision Services and Veterans Affairs, this would not have been possible. Special thanks to his favorite caregiver, Catherine Boyer who gave him friendship as well as excellent care at home. His faithful canine companion, Pretty Girl must be mentioned for her constant attention to him and giving him a purpose to get up every morning to provide care for her. He always said, “She is part of me, and I am part of her.” They aged at home together in the nearly 12 years she was by his side. Finally, we thank everyone at Compass Regional Hospice who provided truly compassionate care to our father Hartley in his final days and caring support to our family as well. In lieu of flowers, the family requests donations be made in Hartley’s memory to Shriners Hospital for Children, 2900 Rocky Point Dr. Tampa, FL 33607 / www.shrinershospitalsforchildren.org/shc/donate or Kent County Humane Society, 10720 Augustine Herman Highway, Chestertown, MD / kenthumane.org/give or Compass Regional Hospice, 160 Coursevall Drive, Centreville, MD 21617 /www.compassregionalhospice.org/donate

H. Hartley Bayne, age 96, of Chestertown, Maryland passed away peacefully on June 24, 2021, surrounded by his family at Compass Regional Hospice in Chestertown, MD. He was the son of Harry Wisner Bayne and Grace Justine (Hartley) Bayne. He... View Obituary & Service Information

The family of Harry Hartley Bayne created this Life Tributes page to make it easy to share your memories.

Send flowers to the Bayne family.