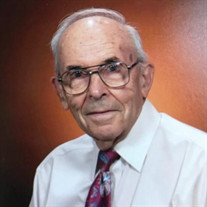 Franklin Burgess Tucker of Rock Hall, MD died on Monday, October 18, 2021 at University of Maryland Shore Regional Medical Center at Chestertown. He was 96. He was born in Rock Hall on November 21, 1924, the son of the late Thomas A. and Margaret Ella Burgess Tucker. Burgess was a 1941 graduate of Rock Hall High School. He served in the U.S. Army during WWII in the Asiatic Pacific Theater of Operations, 543rd Engineers Boat & Shore Regiment. He was honorably discharged after three years of service. Upon his return, he married Betty Kimble on August 21, 1948, their marriage spanned 71 years. Burgess worked in his father’s auto garage. After the passing of his dad, he took over the business. He owned and operated Rock Hall Garage until he retired in 1990. Burgess served on the Board of Directors with People’s Bank for 15 years; as Chief of Rock Hall Volunteer Fire Company and for the Rock Hall Ambulance for 14 years; on the Kent County Ethics Commission; as a member of Chester Lodge #115 AF & AM; with Sgt. Preston Ashley American Legion Post #228; and as Director of Wesley Chapel Cemetery. He was a long-time member of Wesley Chapel United Methodist Church where he held many positions. He was a committed member of the Walk to Emmaus, Promise Keepers, Men of the Rock, and the Gideon’s. Burgess was dedicated to helping others. He enjoyed hunting and was known, in his earlier years, as being a prankster. Burgess was the “rock” for his family and treated others with respect and fairness. He had a love for gardening, swimming in the pool, and for animals...his dogs and "stupid" cats. His wife, the late Betty K. Tucker, predeceased him in 2019. Burgess is survived by his daughters: Gale Tucker (Peter Newlin) of Chestertown, MD, and Julie Langenfelder (Chuck) of Worton, MD, and a granddaughter: Julia Kimble Ramsey (Christopher) of Upper Black Eddy, PA. Funeral services will be held on Friday, October 22, 2021 at 2:00 PM at Wesley Chapel United Methodist Church in Rock Hall. Relatives and friends may call on Thursday evening October 21st between the hours of 5:00-7:00 PM at Fellows, Helfenbein, and Newnam Funeral Home 130 Speer Road Chestertown where a Masonic Service will be held at 7pm. Interment will be in his beloved Wesley Chapel Cemetery. In lieu of flowers the family suggests contributions to Wesley Chapel Cemetery Fund or Wesley Chapel Church P.O. Box 626 Rock Hall, MD. 21661

Franklin Burgess Tucker of Rock Hall, MD died on Monday, October 18, 2021 at University of Maryland Shore Regional Medical Center at Chestertown. He was 96. He was born in Rock Hall on November 21, 1924, the son of the late Thomas A. and... View Obituary & Service Information

The family of Franklin Burgess Tucker created this Life Tributes page to make it easy to share your memories.

Send flowers to the Tucker family.