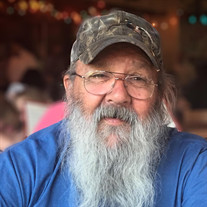 Francis Robert “Bob” Berk of Millington, MD passed away peacefully Thursday, July 8, 2021 at his home. He was 77. Mr. Berk was born Nov. 23, 1943 in Chester, PA the son of the late George Leroy Berk and Anna “Stromelo” Berk. Bob worked most of his life for General Motors. As a Harley Davidson motorcycle enthusiast, Bob was member of Abate of Delaware. You could always find him out doors spending his leisure time either hunting, fishing, boating. An active member of Duck Down Chester river and Kent Narrows. He dedicated his retirement to perfecting the craft of decoy carving and painting along side his close friend Henry Gonzalez. Bob was considered by most to be a quiet man but when he spoke it was always honest and meaningful. He is survived by his daughter, Sheena Berk of Millington, MD, two sons, Francis R. Berk II of Aston, PA, Sean Berk of Vass, NC, two sisters, Donna Lomarbo of Pontevedra, FL, Patricia Tullman of Gettysburg PA, seven grandchildren, Breanna Simon, Lisha Campbell, Justin Berk, Nicholas Berk, Madisyn Carter, Blade Berk, Tristan Berk and four great grandchildren, Paityn, Maximus, Ella and Anna. A Celebration of Life will be held Saturday September 4, 2021

The family of Francis Robert Berk created this Life Tributes page to make it easy to share your memories.

Send flowers to the Berk family.