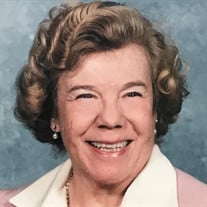 Throughout her life, Dorothy Robins Mowry advocated tirelessly for democracy, peace, and women’s participation in international relations. Under the umbrella of the United States Information Agency, she served as a Foreign Service Information Officer, Policy Officer (Office of North African, Near Eastern and South Asian Affairs), Country Affairs Officer (India, Nepal, Sri Lanka), Cultural Attaché (American Embassy in Tehran), and Program Manager (U.S. Political and Social Processes Information Center Services). She also held a position in the Cultural Programs Office (Education Exchange, Women’s Activities Office) for 8 years at the USUS American Embassy in Tokyo, Japan. Additionally, she held positions at the Pacific Institute (NY and Washington DC), the Woodrow Wilson International Center for Scholars (Research Associate for South Asia) and the Aspen Institute for Humanistic Studies (Associate Director of Seminars). Dorothy’s passion for the value of education led her to serve as an adjunct professor of political science (University of Maryland), Director of Formal Education, College Program Advisor, and Education Secretary for the American Association for the United Nations. She also held educational positions for the American Association of University Women and the Foreign Policy Association. As a scholar, Dorothy’s works have been both informative and inspirational. She has authored and edited numerous articles on U.S. Foreign Policy, U.S. Public Affairs, the United Nations, Public Opinion Formulation, International Relations, and Program Techniques and Women (U.S. and Japan). Among her most well-known books are The Hidden Sun: Women of Modern Japan and Experiment in Democracy: The Story of U.S. Citizen Organizations in Forging the Charter of the United Nations. Dorothy was a sought-after public speaker at national and international conferences, universities, community and non-governmental organizations, and radio and TV stations. She presented extensively throughout the U.S. and overseas in many countries including Japan, Korea, Thailand, Indonesia, Switzerland, and Iran. She also served as a Phi Beta Kappa speaker on an array of topics for more than 20 years. Some of Dorothy’s numerous honors and awards exemplifying her life as a trailblazer include: Doctor of Laws Honoris Causa and Distinguished Alumni Award by the College of Wooster, NY University Founders Day Award, U.S. Information Agency Meritorious Honor Award, Women of Achievement Honoree, and many research grant awards. Soongsil University (South Korea) awarded her a Doctoral Degree in literature in honor of her and Eli M. Mowry’s superb contribution to Soongsil and Korea’s educational development. The former president of The College of Wooster, Howard Lowry, said to Dorothy “Far beyond the call of normal duty, you have given your fine mind and your good self to the service of your country and the world.” Dorothy enjoyed her retirement in St. Michaels, Maryland. She was an active leader and participant in many community activities such as the Talbot River Protection Association and St. Michaels Community Center Board. She was an avid gardener with the Riverview Garden Club. Along with her husband David, she was also instrumental in initiating a youth sailing program and sportsmanship award at the Miles River Yacht Club. Dorothy Robbins Mowry died on July 6, 2021 at her home in St. Michaels, MD. She was 99. Born on September 21, 1921, in Brooklyn, NY, Dorothy was the daughter of the late William and Emma Robins. She attended Oak Grove Coburn (high school), the College of Wooster (B.A.), Columbia University (M.A.) and New York University (PhD). Dorothy is preceded in death by her husband, David Thomas Mowry (1992), and her daughter, Sarah Lois Mowry (2001). Dorothy is survived by daughter, Lynn Mowry Cox (Gerald), and son, Thomas Mowry (Leslie). She is also survived by her grandsons, Kristoffer Cox (Rebecca), Dana Cox (Michelle), Kai Cox (Stephanie), Charles Mowry (Kathryn), and Peter Mowry (Rebecca), as well as her granddaughter Abigail Mowry Tremelling (Tyler), twelve great-grandchildren, a niece, and a nephew. In lieu of flowers, memorial contributions are suggested to The College of Wooster, Christ Church in St. Michaels, or a charity of choice. Memorial services will be held at 2 pm on Saturday, October 2, 2021 at Christ Church in St. Michaels, MD. For online condolences, please visit: www.fhnfuneralhome.com

Throughout her life, Dorothy Robins Mowry advocated tirelessly for democracy, peace, and women&#8217;s participation in international relations. Under the umbrella of the United States Information Agency, she served as a Foreign Service Information... View Obituary & Service Information

The family of Dorothy Mowry created this Life Tributes page to make it easy to share your memories.

Send flowers to the Mowry family.