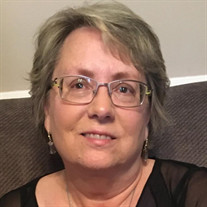 Debra Perry Jackson, executive director of Channel Marker Inc., died at her home in Easton on Friday, June 5, 2020. She was 60. Born in Easton on November 14, 1959, she was the daughter of Elizabeth R. Perry of Easton, and the late William Arthur Perry. She was a 1977 graduate of Easton High School. Then she attended Chesapeake College in Wye Mills, where she was elected Homecoming Queen. She earned an associate degree in 1979. She received a bachelor’s degree in sociology from Salisbury University in 1981. Mrs. Jackson joined Channel Marker Inc. in Easton 35 years ago. She held several posts before being named executive director in 2002. Mrs. Jackson had been elected president of the Waterfowl Festival’s Board of Directors for the term beginning in 2019 but had to step down because of her ongoing battle with cancer. She had been looking forward to celebrating the Festival’s 50th anniversary. A Festival volunteer since childhood, she was one of the very first ducksitters. She had been a member of the Festival Board of Directors for several years. For many years she also served as a chairman of the Festival’s Carving Exhibit. Debra Lynn Perry and William Edward Jackson were married at St. Mark’s United Methodist Church in Easton on July 23, 1983. They had two children, Courtney Jackson Moore (Christopher) of Salisbury, and Brady P. Jackson of Easton. In addition to her husband and children, Mrs. Jackson is survived by two brothers, Bruce Haden Perry (Louise), and Bruce Edward Perry (Patricia), both of Easton; two sisters, Kimberly Perry Whiteley (Tyler Sr.), and Denise Perry Riley, both of Easton; two grandchildren, Calleesi Moore and J. Finn Moore, both of Salisbury; a sister-in-law, Mary Jackson O’Brien (Jack) of Queen Anne; a brother-in-law, Joseph Jackson of Pocomoke; six nieces, Katherine Perry Ewers, and Colin Perry, both of Easton, Caroline Spurry of Arlington, VA, Amber Perry of Gaithersburg, and Faith Whiteley and Kamryn Whiteley, both of Easton; six nephews, Nolan O’Brien of Queen Anne, Seamus O'Brien of Columbia, Jay Jackson of Melbourne, FL, Dean Jackson of HI; Joshua Perry of Smithfield, NC, and Tyler Whiteley Jr. of Easton. Mrs. Perry was preceded in death by her brother, William Austin Perry. Friends may call at the Fellows, Helfenbein and Newnam Funeral Home, 200 S. Harrison St., Easton, from 9 a.m. to 11 a.m. Saturday, June 13. Masks are required. A private memorial service will be held Saturday afternoon. The service will be mainstreamed; for instructions, please contact: [email protected] Memorial donations may be made to Channel Marker Inc., 8565 Glebe Park Drive, Easton, MD 21601.

Debra Perry Jackson, executive director of Channel Marker Inc., died at her home in Easton on Friday, June 5, 2020. She was 60. Born in Easton on November 14, 1959, she was the daughter of Elizabeth R. Perry of Easton, and the late William... View Obituary & Service Information

The family of Debra Perry Jackson created this Life Tributes page to make it easy to share your memories.

Send flowers to the Jackson family.