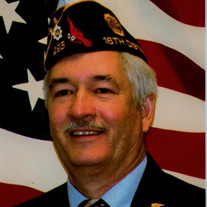 Charles Alan King passed away at home on November 23, 2021. The family is deeply saddened by his death. He was born on January 3, 1951 in Chestertown, MD, son of the late Charles and Doris Mench King. He grew up in Rock Hall and Chestertown, MD. He graduated from Kent County High School and worked at Ozman’s Body Shop. He loved his family and his country. In 1975, he joined the United States Air Force and continued his education in the fields of communication and munitions systems. During that time, he met and married his first wife and had 2 children. He retired from the military after 20 years of service and then worked for defense contractors. In 2011, he finally retired, much to the delight of his beloved beagle, Bandit. For those fortunate enough to know him, he will be remembered for his energy, compassion and eager willingness to always help others. His was a life of service in the purest sense. He was a member of The American Legion, Veterans of Foreign Wars and fraternal Moose, Elks and Eagles organizations. He was an active volunteer with The American Legion Post 293 in Purcellville, VA, where he met his current wife, Staci. They married in 2008 and lived together in both Northern Virginia and Kennedyville, MD. Mr. King loved “cars and trucks and things that go fast". He enjoyed working on and collecting classic cars, attending car shows and fishing as much as he possibly could. He also loved painting ceramics and will be remembered as an incredible artist and a gifted mechanic. He could build just about anything and helped out so many people doing all sorts of handy man activities. He had a passion for demolition work – it was his favorite! He was an avid traveler during his life as he visited dozens of countries. He was preceded in death by a daughter Leslie King; a brother, Steven King and a half sister, Paula Bennett. He is survived by his wife, Staci King of Herndon, VA; son, Charles Alan King II of Hope Mills, NC; brother Dennis King (Ann) of Hot Springs, AR; stepmother Rose Marie Metcalf of Chestertown, MD; and half brother Wayne Slagle of New Castle, DE. All are welcome to attend a graveside service to be held on Friday, April 29, 2022 at 2:00 pm at Union Cemetery, 323 N King Street Leesburg, VA 20176, with a celebration of life to follow at the American Legion Post 293, 112 N. 21st Street, Purcellville, VA 20132. In lieu of flowers, donations can be made to The American Legion Riders, Loudoun County Chapter 293 at P.O. Box 111, Sterling, VA 20167.

Charles Alan King passed away at home on November 23, 2021. The family is deeply saddened by his death. He was born on January 3, 1951 in Chestertown, MD, son of the late Charles and Doris Mench King. He grew up in Rock Hall and Chestertown,... View Obituary & Service Information

The family of Charles Alan King created this Life Tributes page to make it easy to share your memories.

Send flowers to the King family.