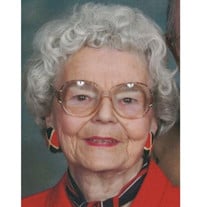 Catherine L. Reed of Easton, formerly of Baltimore, died in her sleep on June 10, 2021, at Starfish Village Care Home, Tucson, AZ. She was 94 years old. Born May 13, 1927, in Baltimore, Maryland, she was the daughter of the late Frank J and Louise A Winterling. Catherine (Kay) attended Seton High School and Strayer Business College. She was a bookkeeper and secretary in downtown Baltimore, at the Jeffersonian Newspaper in Towson and Belltone in Bel Air, MD In 1949, she married Carl Brown Reed and started their 61 year married life in Reisterstown, and then they became residents in Westmont, New Jersey; Albion, NY, and Atlanta Georgia, then back to East Baltimore, until settling in South Beechwood, Easton, Maryland. After her husband’s death, she retired to Londonderry Retirement home, where she met wonderful new friends, then she moved to be with family in Tucson, AZ. Mrs. Reed was a former member of the Lady of Fatima Catholic Church in Baltimore and a member and lector of the Sts. Peter & Paul Catholic Church, Easton, MD. An active member in the South Beechwood Association and raised 4 children. “Kay”, a devoted mom and wife, and caregiver, was always young at heart and a true Christian with a kind word, a smile, and a helping hand for everyone. In addition to her parents, she was preceded in death by two brothers, Frank L. Winterling at age 26, William C Winterling at 63; her husband, Carl B. Reed (2010). Catherine is survived by four children: Carl W. Reed, George W. Reed, F. Douglas Reed and his wife, Tresa, and Carol L. Reed and her husband Thomas M. Callahan; and seven grandchildren: Chad, Jessica, Jonathan, Katie, Sophia, Alec and Hugh and a loving goddaughter, Linda Repas, and many nieces and nephews. Funeral Services will be held at the Fellows, Helfenbein & Newnam Funeral Home in Easton, where friends of the family may call at 6-8 p.m. on Monday, June 21. Burial will be held at 11 a.m. on Tuesday at the family cemetery, Druid Ridge in Baltimore, MD. Memorial contributions may be made to the Alzheimer's Association. Arrangements by Fellows, Helfenbein and Newnam Funeral Home.

Catherine L. Reed of Easton, formerly of Baltimore, died in her sleep on June 10, 2021, at Starfish Village Care Home, Tucson, AZ. She was 94 years old. Born May 13, 1927, in Baltimore, Maryland, she was the daughter of the late Frank J and... View Obituary & Service Information

The family of Catherine L. Reed created this Life Tributes page to make it easy to share your memories.

Catherine L. Reed of Easton, formerly of Baltimore, died in her...

Send flowers to the Reed family.