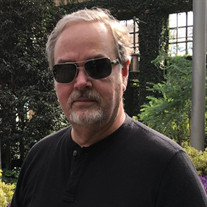 On September 20, 2021, we lost our beloved husband, father, and brother Bruce R. Levin. Bruce was born on December 22, 1953 in New York City, NY. Bruce grew up in Havre de Grace, Maryland, the son of the late Arthur Levin and the late Janet Levin, and graduated from Havre de Grace High School in 1971. Bruce then attended Western Maryland College graduating in 1975. One of the things Bruce loved most about Western Maryland College was the fact it was the training camp for the Baltimore Colts, and from time to time he would see some of the players in a little bar not far from campus. Bruce moved to Easton, MD in 1979, where he started his 38-year career in the healthcare field as an Administrator for Meridian Healthcare. Although he worked at several facilities, he began working at The Pines in the aftermath of a blizzard. He remembered driving down Dutchman’s Lane with the snow on the side of the road piled higher than his car on his first day. Bruce stayed with Meridian until they were acquired by Genesis Healthcare, working at Corsica Hills, The Salisbury Center, and ending his career at The Milford Center in Milford, Delaware. While working in Easton, Bruce was a member of the Easton Rotary Club, having served as president from 1987 to 1988. Bruce also was an Assistant Scout Master with BSA Troop 190 of Easton. He spent countless weekends camping with his sons, and was so very proud to see both Reid and Ryan receive their rank of Eagle Scout. Bruce is survived by his wife of 34 years, Laura Cooper Levin, who he eloped with on a Friday the 13th, his sons Reid C. Levin and Ryan A. Levin, a sister Lori L. McDonald (Robert), mother-in-law Kay D. Cooper, Brother-in-Law, Jim Cooper (Judy), nephew Marc L. McDonald, and nieces Megan R. Berman (Brandon), Lindsay C. Scoville (Matt), and Stephanie C. Price (Lewis). We all loved him and his dry sense of humor, and we will miss him so. A private family celebration of Bruce’s life will be held at a later date with the Rabbi Naomi Hyman officiating. In lieu of flowers, donations may be made to either Talbot Hospice or BSA Troop 190 at St. Marks Church.

On September 20, 2021, we lost our beloved husband, father, and brother Bruce R. Levin. Bruce was born on December 22, 1953 in New York City, NY. Bruce grew up in Havre de Grace, Maryland, the son of the late Arthur Levin and the late Janet... View Obituary & Service Information

The family of Bruce R Levin created this Life Tributes page to make it easy to share your memories.

Send flowers to the Levin family.