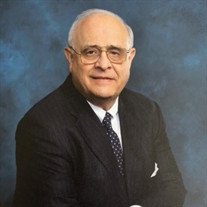 Bruce Paul Bedford passed away on the 29th of April, 2021 in Baltimore, Maryland at the University of Maryland Shock Trauma Center. He was 81 years old. Bruce was born June 28,1940 in Bridgeport, Connecticut to Elizabeth and Harry Bedford, their second child and only son. He received a Bachelor of Science from Yale University (Class of ‘62) and an MBA from Harvard Business School (Class of ‘64). In 1964, he married Ann Logan of New Haven, Connecticut. They have two daughters, Susan and Julie. Settling in Dayton, Ohio, Ann worked as a Registered Nurse and Bruce started his career as an executive at Mead Paper Corporation. In 1983, Bruce started his own fixed income mutual fund, Flagship Resources and delivered extraordinary returns for customers and clients over many years. In 1993, Bruce was named Ohio’s Ernst + Young Entrepreneur of the Year and was nominated for American Entrepreneur of the Year. Flagship was acquired by Nuveen & Co. in 1997. He also served on the board of directors for Antioch University, where he received a Ph. D, and served as Chancellor of the College for several years. Bruce never really retired. In the later part of his career, he acted as investor and mentor to entrepreneurs in the USA and Canada. He helped start new companies for syndicated loans, health-tech, marine technology and others. Busy to the end, at the time of his death Bruce was finishing his thesis for a Masters Degree in International Diplomacy at Norwich University. He is survived by his sister Bonnie, his wife of 58 years Ann, his daughters Susan (Jason) and Julie (Doug), grandchildren Elizabeth Martin, Joseph Martin, Dylan Vanderbilt, numerous nieces and nephews, and many friends and partners he made during his very full life. If he were here, he would buy you ice cream and tell you, “things happen, and then they pass.” Maybe you can buy ice cream for someone on his behalf. In lieu of flowers, please donate to an educational charity of your choosing in his name. News regarding a memorial service will follow sometime in the future, after Covid-19 restrictions are lifted.

Bruce Paul Bedford passed away on the 29th of April, 2021 in Baltimore, Maryland at the University of Maryland Shock Trauma Center. He was 81 years old. Bruce was born June 28,1940 in Bridgeport, Connecticut to Elizabeth and Harry Bedford,... View Obituary & Service Information

The family of Mr. Bruce Paul Bedford created this Life Tributes page to make it easy to share your memories.

Send flowers to the Bedford family.