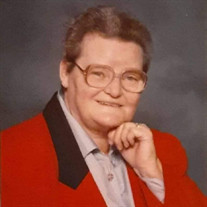 Beatrice Mae “Bea” Weinreich, a resident of Easton since 1992, died on January 19, 2022, at Compass Regional Hospice in Centreville. She was 94. Born in Philadelphia, PA on May 16, 1927, she was the daughter of the late Thomas H. and Daisy Lambert Whiteley. She worked in warehouses around Baltimore in various positions until 1970’s when she was forced to retire due to health reasons. Mrs. Weinreich was very active in the First Wesleyan Church in Easton. Beatrice was preceded in death by her husband, William E. Weinreich, Jr. She is survived by a daughter, Geraldine Rill- Phillips of Bridgeville, DE; four sons, John Willey of Edgemere, MD, Howard Flynn of Edgemere, MD, and Michael Weinreich of Kannapolis, NC, and Donald Weinreich of Westminster, MD; a stepdaughter, Marie Lutz of Westminster, MD; a stepson, William E. Weinreich, III of Kennedyville, MD, 20 grandchildren ,31 great-grandchildren and 10 Great-Great grandchildren. Friends may call at the Fellows, Helfenbein, & Newnam Funeral Home, Easton on Friday, January 28, 2022, from 1-3 p.m. followed by a funeral service starting at 3:00 p.m.

The family of Beatrice Mae Weinreich created this Life Tributes page to make it easy to share your memories.

Send flowers to the Weinreich family.