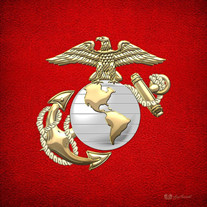 Sergeant Major Alvin (Al) S. Athey Jr, USMC, Retired, a long-time resident of Centreville, MD, passed away on March 16th, 2021 in his home. He was born in Annapolis, MD on April 13, 1954 to the late Alvin S. Athey, Sr. and Hazel Brady. Al enjoyed boating, seasonal fishing and crabbing, and water sports. He also had a love for dogs, especially his current pups Kona & Lucy, and preceding pets. His passion for vegetable gardening yielded the fruits of his labor which he enjoyed sharing with his family, neighbors, and co-workers. His love for the water and classic cars brought him much joy during his lifetime. Al was an active member of the Marine Corps League (Sergeant Jason D. Mileo Detachment) since its Charter in 2003. He was the League’s first elected Commandant, holding the position for 3 years. He served in various staff officer positions thereafter. Al volunteered endless hours to the League’s annual events including the Marine Corps Birthday Ball, Turkey Shoot, Car Wash, and the Toys for Tots program of Centreville. In addition, he served as one of the Detachments 6 color guard members performing in numerous parades and Memorial Day events as well as the communities Annual Christmas Parade. Al was a Life Member of the American Legion (Jeff Davis Post). The Sergeant Major served in the United States Marine Corps for over 29 years from 1973 to 2002, achieving the highest enlisted rank. His multiple tour locations before retiring from Recruiting Station Baltimore led him to Camp Lejeune, NC; San Jose, CA; Okinawa, Japan; Macon, GA; Kaneohe Bay, HI, and Annapolis, MD. He earned numerous service ribbons, medals, commendations, citations, and badges during his career. After retirement from the United States Marine Corps, he entered civilian federal service at the United States Naval Academy under Naval District Washington Police Department in November 2003. He achieved the rank of Sergeant and awarded the Chief’s Award for Excellence before retiring in April 2015. Al is survived by his loving wife, Teri of Centreville, his daughter Andria (Erin) McCormack of Ocean City, MD, his son Bryan (Carleigh) of Berlin, MD, his six grandchildren Ethan, Michael, Matthew, Anna, Fiona, and Winnie. He is also survived by his sister, Gloria Myers of Ocala, Florida, and several nieces, nephews, and great-nieces and nephews. Alvin was greatly loved by most and will be missed beyond words. A visitation for Al will be held on Saturday, March 27th from 11:00 a.m. to 1:00 p.m. with a service directly following at 1:00 p.m. taking place at Fellows, Helfenbein & Newnam Funeral Home 408 S Liberty Street Centreville, MD 21617. In lieu of flowers and in memory of Al, donations can be made to the Chesapeake Bay Foundation at 6 Herndon Avenue, Annapolis, MD 21403 or www.cbf.org .

The family of Mr. Alvin Simpson Athey Jr. created this Life Tributes page to make it easy to share your memories.

Send flowers to the Athey family.