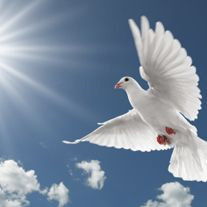 Alex J. Mandl, 78, passed away peacefully on March 25, 2022, in Easton Maryland. He is survived by his wife Susan, his daughter Melanie and Melanie’s mother, Nancy Mandl. Alex was well known as a notable Austrian American businessman whose keen intellect and strategic vision led to the transformation of the shipping and telecom industries. Alex was born to William and Charlotte Mandl in Vienna, Austria in 1943. He spent his early years in Inzersdorf (a suburb of Vienna), and later attended school at Stiftsgymnasium Melk. His summers were often spent with extended family in Ramseiden, Austria - a small village in the alps near Salzburg. In his teens he moved to Ojai, California when his father accepted the headmaster position at Happy Valley School (now Besant Hill School of Happy Valley). His education continued at Willamette University in Salem, Oregon as an undergraduate and U.C. Berkeley for his MBA (Master of Business Administration). Alex’s amazing work ethic began early on. He often joked about gaining “business experience” in publishing (selling Great Books door-to-door), oil (pumping gas at a remote location between Los Angeles and Las Vegas), retail (selling menswear), and steel (spray painting metal panels). Upon graduation from Berkeley in 1969, he began his business career in earnest. He was recruited by Boise Cascade in Boise Idaho as a merger and acquisition analyst. For the next 11 years, he held various financial positions which culminated in his being named assistant treasurer. In 1980, Alex moved to Jacksonville Florida to join Seaboard Coast Line Industries, as Senior Vice President and Chief Financial Officer. After Seaboard merged with Chessie Systems to become CSX Corp., Alex was named Senior Vice President. Between 1988 and 1991, he served as Chairman and Chief Executive Officer of Sea-Land Services, Inc., the world’s leading global provider of ocean transport and distribution services. In less than three years under his leadership, the company would experience a major turnaround in profit, revenues, and innovation. In 1991, Alex joined AT&T in New Jersey as EVP & CFO and became President in 1994. During his tenure at AT&T, he strategically negotiated the landmark McCaw Cellular merger. At the time, the deal was the fifth largest merger in U.S. history and changed AT&T by giving the company immediate access to important information age technology. In 1996, excited by potential growth and innovative technology, Alex boldly left AT&T to start Teligent, a fixed wireless technology company that intended to provide a groundbreaking alternative to standard phone service. He was later recruited in 2002 to lead another turnaround candidate, Gemplus in Marseilles, France. In three years, the company went from a position of heavy losses and declining revenues to becoming the world leader in smart card technologies. In 2006 he negotiated a strategic merger between Gemplus and Axalto, resulting in Gemalto, a world-wide leader in digital security. Alex then commuted regularly from Washington to France in his role as non-executive chairman until 2019. Alex has served on multiple Boards throughout the years and frequently became Lead Director, Chairman or Non-Executive Chairman. Other boards on which he served include Dell Computer, Genpact Limited, Hewitt Associates, Horizon Lines, In-Q-Tel, Pfizer Inc., R1 RCM Inc., Visteon Corporation, and Warner Lambert. Though his list of worldly accomplishments was impressive, his character was even more impressive. Alex was generous, thoughtful, kind, ethical, smart, curious, loyal, faithful, interested, resolute – the list could go on and on. He made other people feel important and treated everyone with respect. He was extremely proud of his U.S. citizenship. He always reserved a special place in his heart for his birthplace and stayed close with his extended family in Austria. He had a passion for world history and loved to explore historical sites around the globe, either in person or by watching documentaries. He also loved hosting gatherings with friends and family, either at his and Susan’s home in Easton, or at a favorite restaurant. He was always fond of a good table, filled with the best food and wine and many an evening was capped off by “solving the world’s problems” over a bowl of ice cream. He will be sorely missed and will remain in our hearts forever. Rest in peace Alex. In lieu of flowers, the family requests donations to charities near and dear to him: Talbot Hospice, CASA of the Mid-Shore, the Avalon Theatre in Easton MD or your favorite charity. There will be a celebration of his life on Sunday April 3 at Scossa restaurant, Easton, MD from 3-7pm.

Alex J. Mandl, 78, passed away peacefully on March 25, 2022, in Easton Maryland. He is survived by his wife Susan, his daughter Melanie and Melanie&#8217;s mother, Nancy Mandl. Alex was well known as a notable Austrian American businessman whose... View Obituary & Service Information

The family of Alexander Johannes Mandl created this Life Tributes page to make it easy to share your memories.

Send flowers to the Mandl family.