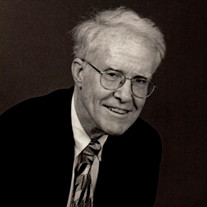 Prof. Albert William Briggs, Jr. of Chestertown, MD died of Parkinson’s disease on October 9, 2021, surrounded by family. He was 84. He was born May 1, 1937, in Wichita, KS, son of Albert William Briggs Sr. and Pearlanna Beloof Briggs. He grew up in Wichita. He entered Harvard in 1955 and graduated in 1959 with a major in mathematics. While at Harvard, he met Emily Anne Forsythe, whom he married on June 18, 1961. After gaining his master’s degree in mathematics from the University of California at Berkeley, he joined the Peace Corps along with his wife. They served together in Malaysia from 1964 to the end of 1966, where he was an upper secondary and calculus teacher. He received his Ph.D. from the University of Maryland in 1973. He began teaching mathematics at Washington College in 1967. He served as chair of the Mathematics department and oversaw its transition to the Mathematics and Computer Science department. After his retirement in 2002, he and his wife made visits to Malaysia, India, China, and South Korea. He played the violin in high school and at Harvard. He was a member of the Newark Symphony Orchestra until 2015 and in the Washington College String Orchestra from 2016 to 2018. He was among the founding members of the Chester River Friends’ Meeting and the Pepper Steppers Square Dance Club. He loved mathematics and classical music. He used his retirement as an opportunity to explore new subjects, read more books, and learn new things for as long as he could. Albert is survived by his wife of 60 years, Anne Forsythe Briggs; two sons, Anthony Lawrence Briggs of Jersey City, NJ and Paul Gordon Briggs of Easton, MD; a daughter-in-law, Jiwon Jun Briggs; and two grandsons, Evan Jun Briggs and Jonah Jun Briggs. He is also survived by a sister, Margaret Gale Briggs Knecht, and her husband, Robert Knecht; a niece, Anna Marie Knecht; and a nephew, John William Knecht. Besides his parents, he was preceded in death by a brother, Robert Earl Briggs, in 1947. Services will be held on Sunday, November 7, 2021 at 10:00am at Fellows, Helfenbein, and Newnam Funeral Home in Chestertown, MD. In lieu of flowers, donations can be made to the Newark Symphony Orchestra at P.O. Box 7775, Newark, DE 19714 or to Compass Regional Hospice at 160 Coursevall Drive, Centreville, MD 21617.

Prof. Albert William Briggs, Jr. of Chestertown, MD died of Parkinson&#8217;s disease on October 9, 2021, surrounded by family. He was 84. He was born May 1, 1937, in Wichita, KS, son of Albert William Briggs Sr. and Pearlanna Beloof Briggs.... View Obituary & Service Information

The family of Albert Briggs created this Life Tributes page to make it easy to share your memories.

Send flowers to the Briggs family.