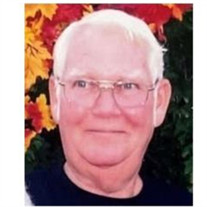 William “Bill” Edward Whiting Jr. of Stevensville, Maryland passed away on Wednesday, June 23, 2021 at the age of 78. Bill was born on February 21, 1943 to the late William Edward Whiting Sr. and Demma Jean Neal, both of West Virginia. Bill graduated from Woodrow Wilson High School in 1961 and in 1962 at the young age of 18, he married his high school sweetheart Shirley Wyatt and moved to Maryland where they raised their four children. He worked as an HVAC Engineer until he retired in 2005. Along with his parents, Bill is predeceased in death by his sister, Twila Adkins and his brother, Thomas Whiting. He is survived by his loving wife Shirley and his children Sheri Carter (Thong), Ritchie Whiting (Linda), Kelli Haynes, and Steve Whiting (Kasey), twelve grandchildren: Joshua (Candice), Brandi (Alec), Ashley (Mike), Jessica (John), Tiffany (Kyle), Sydney (Bob), Nikki, Kristina (Tyler), Noah, Kelsi, Dusty, and Kane, and 8 great-grandchildren. A visitation will be held on Wednesday, June 30th, from 9:00 - 11:00 AM followed by a service at 11:00 AM located at Fellows, Helfenbein & Newnam Funeral Home 106 Shamrock Rd, Chester, MD, 21619. A burial will take place after the service in Stevensville Cemetery. A repast will be held afterward at 232 Ackerman Rd, Stevensville, MD. Casual attire is encouraged.

The family of William Edward Whiting Jr. created this Life Tributes page to make it easy to share your memories.

Send flowers to the Whiting family.