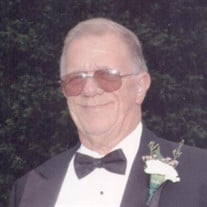 William Wesley Prettyman, III passed away on March 14, 2021 at Compass Hospice in Centreville. He was 88. He was born on June 12, 1932 in Easton, MD, the son of the late William Wesley Prettyman, Jr. and Esther Cox Prettyman. He graduated from the University of Maryland and worked for Esskay as a poultry buyer and service man. In the mid 60’s he left Esskay and started Caroline Spray service and began farming. In 1972 he started Prettyman Trucking Company. He ran his trucking company until 1985, when he established Caroline County Produce, a wholesale produce business that he ran until 2010. Mr. Prettyman was a member of the Elks and Moose Lodges. He was a member and past president of the Kiwanis. He enjoyed crossword puzzles, reading history books and he loved watching sports, especially Maryland basketball. He is survived by children; William Wesley Prettyman, IV (Robin) of Preston, Karen Dice (Danny) of Brownfield, PA, Diane Callahan (Donald) of Cordova, David Prettyman (Jazz) of New York, NY, and Dale Ewing (Steve) of Fort Myers, FL, sister, Donna McDougal (Jerry); grandchildren, Billy, Melissa, Jessica, Michelle, John and Kaitlin and great-grandchildren; Callie, Manny, Madeline, Emily and Jackson and many nieces and nephews. He was preceded in death by his wife Joanne Howlett Prettyman and brother James Marvin Prettyman. A funeral service will be held on Thursday, March 18, 2021 at 1 PM at Fellows, Helfenbein & Newnam Funeral Home, P.A., 200 S. Harrison St., Easton, where friends may call one hour prior from 12 pm – 1 PM. Burial to follow at Woodlawn Memorial Park in Easton. Donations may be made to Compass Regional Hospice, 160 Coursevall Dr, Centreville, MD 21617.

The family of William Wesley Prettyman III created this Life Tributes page to make it easy to share your memories.

Send flowers to the Prettyman family.