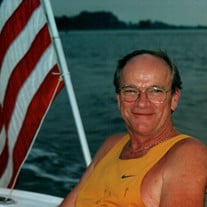 William Richard “Pomona Bill” Murray passed away on April 13, 2022 at his home in Chestertown. He was 79 years old. Bill was born on August 22, 1942 in Philadelphia, PA to John Ashmore Murray and Isabella Gertrude Cary. He graduated from high school in Grandview, MO and attended Bethany University in Lindsborg, KA. After graduating, he enlisted in the United States Army, serving in Yorkshire, England as a morse code intercept operator. He was honorably discharged in 1966. Bill’s Army buddy and lifelong friend, Mike Monahan, introduced him to his future wife, Lesley Coe of Yorkshire, England. They were married for 56 years and had one son, Christopher James Murray. Bill spent ten years with the Anne Arundel County Police Department. In 1985, Bill, Lesley, and Chris began a 33-year adventure as owners of Pomona Store in Quaker Neck, where Bill was admired for his humble and generous nature. Many locals were provided with food or gas when they were without funds. He hosted the Quaker Neck Men’s Social Club for “weekly exercises” and was a generous supporter of the Chestertown Christian Academy. Bill never met a stranger who could not be turned into a friend. Through a 25-year battle with many cancers, Bill remained optimistic and only recently became tired of the fight. Thoughts of camping and fishing with his father and brothers looked inviting. In addition to his wife, Bill is survived by his son Christopher, Christopher’s wife Laura Carrino Murray, and their two amazing children, Taylor Faith Murray and Dean Michael Murray. Bill was one of ten siblings: Jackie, Tommy, Jimmy, Patti, Billy, Cathe, Bobby, Chrissy, David, and Gene, and had two special “sisters in love”, Rhonda Murray and Margaret Wallman. Bill was often the superglue who kept his family and friends connected. He is also survived by many nieces, nephews, and cousins, all of whom he loved deeply. Bill had hoped to enjoy his 80th birthday this summer. Please join us on Monday, August 22nd at 11:00 am at Chestertown Christian Academy, where friends can share memories of a life well lived. Donations in Bill’s memory may be made to the Patriot Fund at Chestertown Christian Academy, 401 Morgnec Road, Chestertown, MD 21620.

William Richard &#8220;Pomona Bill&#8221; Murray passed away on April 13, 2022 at his home in Chestertown. He was 79 years old. Bill was born on August 22, 1942 in Philadelphia, PA to John Ashmore Murray and Isabella Gertrude Cary. He graduated... View Obituary & Service Information

The family of William Richard "Pomona Bill" Murray created this Life Tributes page to make it easy to share your memories.