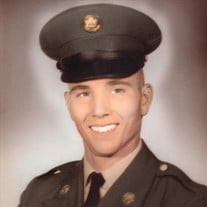 On Tuesday, May 5, 2022, the Lord rejoiced as another lost sheep was returned to His flock, for William Lowe Messick of Queenstown, MD was received by Christ this day. The celebration included his parents Glenn & Mary, sister Betsy & her husband Benny, his brother Johnny, and many beloved family members and friends that have gone before him. Bill was born on Christmas Eve in 1949. He would grow up to be a fun-loving, generous, and extremely courageous man. He was a mason and a “motorhead.” Billy was known for his “jokester” ways and the twinkle of mischief in his eyes. Like all members of his family, Bill would gladly give you the shirt off his back- and even a spare or two- to anyone in need. Billy showed pride in his country and immense bravery the day he volunteered to be drafted into the Vietnam War. Multiple times he put himself in harm’s way to save the lives of his fellow Americans. His heroism was rewarded with the following tokens of appreciation: a Sharpshooter’s Qualification Badge, two Overseas Service Bars, the National Defense Service Medal, the Vietnam Service Medal, the Republic of Vietnam Campaign Medal (with 60 Device), the Army Commendation Medal, and the Bronze Star. Billy should have been awarded the Purple Heart, like so many other vets who have come home with invisible wounds. His young life would be forever scarred by PTSD and other psychological issues from his experiences in Vietnam. Bill may have come back alive from the War, but it killed the man he was inside before he left. Despite all this, Billy never lost the twinkle in his eyes, his mischievous grin, or his giving heart. Bill leaves behind his sister-in-law Phyllis, as well as many nieces and nephews and their spouses; Dawn, Suellen (Chris), Suzanne (Kenny), Tina (Bill), Michelle (Tom), & John III (Karim); great nieces and nephews – Amanda, Jessica, Tori, Krystal, Billy, Michael, Tyler, Joshua, Johnny IV, Jasmin, Josie, Kristopher, Kaden & another Krystal; as well as great – great nieces and nephews- Braxton, Tesla, Zoey, Liam, Jase, and Everly. Family and friends are welcome to say their “So Longs” and may contact the family for details. In lieu of flowers, the family requests that memorial contributions be made to the “Lone Survivor Foundation” at www.lonesurvivorfoundation.org.

On Tuesday, May 5, 2022, the Lord rejoiced as another lost sheep was returned to His flock, for William Lowe Messick of Queenstown, MD was received by Christ this day. The celebration included his parents Glenn & Mary, sister Betsy & her husband... View Obituary & Service Information

The family of William Lowe Messick created this Life Tributes page to make it easy to share your memories.

Send flowers to the Messick family.