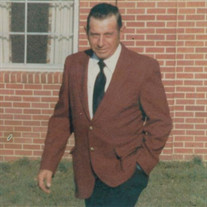 William “Bill” Alvin Clark, Sr., 85 years old, of Chestertown, son of William Edward and Edith Hurd Clark, passed away on April 30, 2022. In addition to his parents, he was predeceased by his wife, Ethel, in 2016 after 59 years of marriage. He was born on June 4, 1936, sharing a birth month and day with a granddaughter and great-granddaughter. Bill was a graduate of Chestertown High School, class of 1956. He was employed as Produce Manager at Acme Markets for 31 years. Upon retirement from Acme, he worked as a heavy equipment operator for David A. Bramble Construction for 10 years, as well as a truck driver for Clark’s Seafood, a family business, before finally retiring. He was a member of the Chestertown Elks Lodge # 2474; a past member and volunteer of the Kent and Queen Anne’s Rescue Squad; and a former member of the Kent Go-Cart Club, where he and his wife participated in races in their early years. He enjoyed hunting, crabbing, working in his vegetable garden and growing roses. He is survived by two sons, William A. Clark, Jr. “Cody” (Cindy), Philip Clark (Patty) of Chestertown; and two daughters, Marietta Raleigh (Dickie Larrimore), of Chestertown, and Cheryl Schauber (David) of Cambridge, MD. He is also survived by 9 grandchildren and 10 great-grandchildren. Funeral services will be held on Friday, May 6, 2022, at Fellows, Helfenbein & Newnam Funeral Home, 130 Speer Road, Chestertown, MD at 11:00 am where relatives and friends may call one hour prior (10 – 11 am). Interment will be in Chester Cemetery following the service. In lieu of flowers, contributions may be made in his memory to Kent and Queen Anne’s Rescue Squad, P.O. Box 126, Chestertown, MD 21620.

The family of Mr. William "Bill" Alvin Clark Sr. created this Life Tributes page to make it easy to share your memories.

Send flowers to the Clark family.