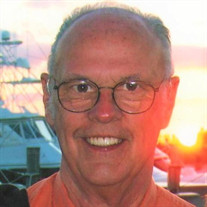 The Honorable William “Bill” Scott Horne of Easton, MD died at his home on Sunday, April 3rd, 2022. He was 85. Born in Easton, MD, on June 23rd, 1936, he was the only son of Davis B. and Lillias T. (née Hale) Horne. After graduating from The Bolles Academy in Jacksonville, FL, Bill served in the US Army from 1957 – 1959 where he was stationed at Ft. Sam Houston in San Antonio, Texas before being honorably discharged. Following his military service, Bill married the late Sue Wren Horne on September 10th, 1960. Following their marriage, Bill attended Virginia Polytechnic Institute earning his Bachelor’s Degree, and then attended Tulane University School of Law and received his Juris Doctor degree in 1965. Bill and Sue then moved to Easton, MD where, while working as a probation officer, Bill was admitted to the Maryland Bar in 1966. He then went on to serve as the Talbot County Assistant State's Attorney and then as the Talbot County State's Attorney. While serving his community through his private practice, Bill was appointed to the Maryland House of Delegates in 1973 and continued to serve until 1989. During this time, among other accomplishments he served as the Chair of the Eastern Shore Delegation, Chair of the Judiciary Committee and Chair of Joint Oversight Committee on Juvenile Services Initiative. In 1989, Bill was appointed to the Talbot County Circuit Court where he served until his retirement in 2005. Following his retirement, Bill continued to sit as a retired judge until 2020. During his time as Circuit Court Judge, Bill was instrumental in bringing CASA to Talbot County and the Midshore, serving as its President. One of his joys was assisting children during their adoption process, and he found it especially rewarding to preside over adoption hearings and loved taking pictures with the families. Bill served on the Vestry of Christ Church and the Board of the Waterfowl Festival. He was a member of the Talbot Country Club, Easton Rotary, and Easton Elks Lodge 1622, and a faithful attendee of his Friday Night Poker Group. Bill loved to travel, and with Sue at his side, traveled to all 50 states and around the world. Bill is survived by his daughters; Linda Prochaska, and her husband Val, of Easton and Amy Horne, and her husband Ernie Rowe, of Easton, two grandchildren; Conor Prochaska and Mary Carroll Prochaska, and several nieces and nephews. He is also survived by his longtime companion, Kitty Ball. Along with his parents, Bill is predeceased by his wife of 46 years, Sue Wren Horne, as well as his son, William Scott Horne II. The family will receive friends at Fellows, Helfenbein & Newnam Funeral Home, Easton on Friday, April 8th from 11am until 2pm. They will also receive guests from 5pm until 7pm in the lobby of The Shireton, 117 E. Dover Street, Easton. A funeral service will be held on Saturday, April 9th, 2022, at 11am at Christ Church, 111 S. Harrison Street, Easton MD with a reception to follow at the Avalon Theatre. Interment at Woodlawn Memorial Park will be private. In lieu of flowers the family requests donations in Bill’s memory to: Partners in Care Mid-Shore, 8694 Commerce Drive #1, Easton, MD 21601, or CASA of Caroline County, 114 Market Street, Ste 100, Denton, MD 21629. To view the live stream of Bill's services, please use one of the links below: Facebook: https://www.facebook.com/christchurcheastonmd YouTube: https://www.youtube.com/channel/UCKpEQcsMMlxFA_w9T94-SsQ

The family of The. Hon. William "Bill" Scott Horne created this Life Tributes page to make it easy to share your memories.

Send flowers to the Horne family.