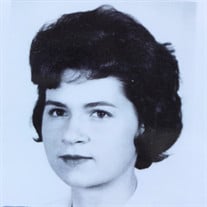 Virginia “Ginger” Elliott Black, 78, died on May 29, 2021, at her home, in Hamburg, New York, after a prolonged battle with cancer. Ginger was a passionate and skilled artist, whose talents were displayed in her career, home, garden, paintings and floral arrangements. She was an extraordinary cook. While growing up in Kent County, Maryland, Ginger was an active 4-H member who won numerous sewing and cooking events in her county, district, and state. She graduated from Chestertown High School, Class of 1961 and the University of Maryland, College Park, Class of 1965, with a Home Economics major. After college she married Albert Townshend of Chestertown, MD, pursued her passion for cooking while living in Georgia. While in Georgia she was a County Extension Agent and teacher. When she moved back to Chestertown, opened a catering business, catering many area events. She also baked pies for the popular restaurant, Buzz’s. When she remarried, she moved to Hamburg, New York, where she continued to cater and teach. She established the cooking school for Tops Market, which involved numerous TV and news appearances. Ginger will be greatly missed by her friends and family, She is survived by her son Michael A. Townshend of Hamburg, NY; three grandsons: David Townshend and Alex Townshend both of Elkins Park, Pennsylvania, and Jesse Townshend of San Diego, California; three siblings: Arthur Elliott and his wife Ethel of Quaker Neck, Nancy Kenney and her husband Charley of Easton, and Linda Elliott and her husband Terry Walman of Annapolis: her three maternal aunts: Mary Roe Walkup, Ethel “Rusty” Brandon, and Virginia Liddell, and numerous nephews, nieces and cousins. Ginger was preceded in death by her parents, Bob and Ruth Elliott, her son, Steven R. Townshend, and her husband, Marshall Black of Hamburg, NY. Family and friends are invited to celebrate and honor Ginger’s life on Tuesday, July 13, at 12 noon, at the Betterton Fire Hall. She will be laid to rest at the Still Pond Cemetery in a private ceremony. In lieu of flowers, the family would appreciate contributions in her memory to Hospice Buffalo, Hospice Foundation, P.O. Box 590, Buffalo, NY 14240-0590. She will be dearly missed.

Virginia &#8220;Ginger&#8221; Elliott Black, 78, died on May 29, 2021, at her home, in Hamburg, New York, after a prolonged battle with cancer. Ginger was a passionate and skilled artist, whose talents were displayed in her career, home, garden,... View Obituary & Service Information

The family of Virginia "Ginger" Elliott Black created this Life Tributes page to make it easy to share your memories.

Send flowers to the Black family.