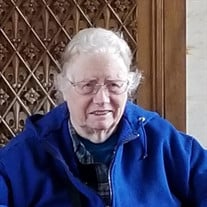 Robert and Treva met in the spring of 1970 before Robert shipped off to Vietnam. He returned in the spring of 1971 and they were married on April 7, 1973 at Smokey Glen Farm in Montgomery County, MD. In 1986 they moved to Carroll County, MD where they have called home ever since. They enjoyed traveling together, not just to band events and competitions, but to the midwest to visit family members. They were already planning new adventures with their first grandchild arriving later this year. Treva was born on August 13, 1946 in Washington, DC to Willard L. Hammer and Lois T. Hammer (nee Thompson). Known to the world as Betty, she spent the majority of her life working with children: from early on at an overnight camp all the way to the present at a Boy Scout day camp this summer before its cancellation. She was always willing to give up her time to help with any project her children and husband were involved in. She would frequently be found mending uniforms at the Highland Games or providing baked goods to the band members in whatever band Bob was working with that year. Many people on the field (during the years when hand knit socks were in fashion for pipe band) wore socks either mended, or entirely knitted, by her. Over the decades she served as an election judge for Montgomery County, Anne Arundel County, and most recently Carroll County. She passed away August 21, 2020 in Westminster, MD from Covid. She survived by children, Harry L. Meade of Westminster, MD, Elizabeth M. Turner and her husband Nathaniel of Westminster, MD, as well as Bob’s brothers, Mark Meade of Deer River, MN, and Tom Meade and his wife Peggy of Laurel, MD. A private service will be held at Fellows, Helfenbein & Newnam Funeral Home in Easton, MD on August 31, 2020 at 1PM, immediately followed by a graveside service at Oxford Cemetery, Oxford, MD. Pastor Ed Kuhling will officiate. In lieu of flowers memorial contributions may be made to: Bob Meade Drumming Scholarship Fund/NAAPD C/O Martina Murphy, 8933 Buffalo Gourd Lane, Angier, NC 27501 Credit cards are accepted via Paypal at: [email protected] Please include “Bob Meade Scholarship” in the memo.

The family of Mrs. Treva Elizabeth Meade created this Life Tributes page to make it easy to share your memories.

Robert and Treva met in the spring of 1970 before Robert shipped...

Send flowers to the Meade family.