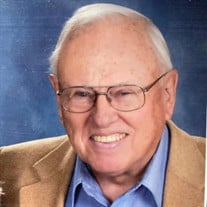 Obituary for Thomas Carroll Underwood Born September 18, 1936 in Chicago Illinois Died April 24, 2022 Thomas (Tom) Carroll Underwood was born in Chicago. Thomas was the son of Carroll E. Underwood and Velma Jane Greenleaf Underwood and brother to Robert James Underwood. Early in his life his family moved to Los Angeles where he attended Harvard Academy for high school. He received his undergraduate degree from Colgate University and his law degree from the University of Southern California. While at Colgate Tom was a member of the Delta Upsilon fraternity. Thomas practiced as a corporate attorney in Los Angeles for many years, working for Farmers Insurance and Host International. In the late 1990s his career brought him to Maryland while working for Marriott International. Thomas lived full time in St. Michaels, Maryland since the late 1990’s. Tom is survived by his wife of 64 years, Janet, whom he met while attending Colgate. Tom was the father of four children – James, Terrence, Joyce and Thomas Jr., grandfather to three grandchildren – Tyler, Trevor and Trent Underwood (sons of Terrence and Jill) and papa to his beloved cocker spaniels Blackie and Brownie. Besides his family, Tom was known to be very passionate about his various hobbies. It can never be said that he took on an interest half-way. Everything was done to the “nth degree”. Tom loved music (particularly Bluegrass), teaching himself to play 16 different instruments including the bagpipes, and manufactured several banjos by hand. He loved photography, assembling his own darkroom. He enjoyed oil painting, with many of his pieces hanging on the walls of his home. He enjoyed woodworking, setting up a full workshop in the barn at his creek-side home. He loved skeet shooting, creating a workshop for doing his own shell reloading. Tom hated having others do work on his home when he knew he could do a better job. In his homes he built additions, laid hardwood flooring, built masonry walls, and many other projects. His athletic activities included tennis, racquetball, bicycling, camping and golf. He coached Little League Baseball and Pop Warner Football while his sons competed. Tom loved to read, often reading an entire book per evening, consuming hundreds of novels. Tom followed national politics with a passion. Tom was an active member of Christ Church St. Michaels Parish, the St. Michaels Rotary, the Miles River Yacht Club, the Easton Ham Radio Operator Club, the St. Andrews Society of the Eastern Shore, and Hog’s Neck Senior Golf Club. Tom is well known for his rapier wit, his snappy bow ties, and his many hats both literal and figurative. Tom’s life will be celebrated at a private event at a time to be determined.

The family of Thomas "Tom" Underwood created this Life Tributes page to make it easy to share your memories.

Send flowers to the Underwood family.