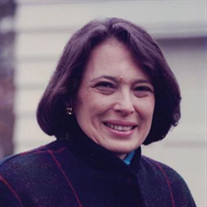 Sue Ella Cunningham Meadows, beloved wife, mother, sister, grandmother, aunt, and friend, passed away peacefully at home in Easton, Sunday, January 30, 2022. Born in Cowen, West Virginia, January 1942, she lived her earliest years in that pastoral hill community where generations of her family had worked in the timber industry. Her own parents, Ralph and Ella Ruth Wilkins Cunningham, were educators – and in 1949, they moved to the college town of Athens, West Virginia, where Ralph took up his life’s calling as a Professor of Education at Concord College. Sue Ella grew up on Faculty Hill in Athens, where she met her lifelong pal, Gay Lew Wooddell, daughter of the college football coach. Inseparable throughout the rest of their days, Gay Lew and Sue Ella spent their childhood walking to and from school, stopping at Ball’s General Store for treats, visiting with their fathers and their students on the campus, and attending church each Sunday at the white-clapboard Methodist church on the hill. An accomplished student and pianist, following her Spring recital at age 15, Sue Ella was introduced to James (Jim) O. Meadows Jr. by Gay Lew and her boyfriend (Roger Hutchison), Jim’s cousin. The son of a local business leader, Jim was already well on his way to becoming a commercial pilot. Sue Ella hitched her wagon to his star and didn’t waste a minute getting on with becoming his wife. She graduated Valedictorian of her high school class, graduated from Concord College with a B.S. in Education in three years – and married Jim in 1961. The following years were defined by their combined efforts in support of Jim’s career – first with the Air Force then with United Airlines. Their address changed many times over the early years – Waco, Texas, Charleston, South Carolina, Amissville, Virginia, and Reston, Virginia – until 1976, when she and Jim bought their home on Glebe Creek in Easton, Maryland. Her gracious hospitality and fine cooking drew decades of family and friends down their long lane where Sue Ella served up delicious meals, especially her Chicken Divan, along with tableside laughs and memories. As her three children grew older, Sue Ella returned to teaching, and in 1990 earned her Master's Degree in Special Education from Johns Hopkins University. She absolutely loved intellectual pursuits and learning – and passionately pursued photography, homeopathy, and her faith. She was blessed to be joined in these pursuits by many talented and inspiring women – whose fellowship was a guiding light in her life. She married that pilot fella in no small part to be able to travel – and travel she did. Over the years she got to spots across the globe – from New Zealand and the French Riveria to Europe, the UK, and Hawaii. She was particularly fond of German Gluhwein and returned to Munich’s Christmas market many times. But of all the many loves she had in this world, none surpassed that she had for her grandchildren, whom she cared for, loved, taught, shepherded, taxied, and cheered on – from their first breath until her last. She will be celebrated and missed by those she leaves behind, who draw great comfort from the ease of her passing and knowing that hers was a life well-lived. She is survived by her husband of 60 years, daughter Suzanne and husband Michael Hogan, daughter Mary Anne and partner Sherry Jennings-Barsamian, son James (Jay) O. Meadows III and wife Megan, her grandchildren Emily and Conor Hogan, Tyler Meadows, Paul Barsamian and chosen grandson Ian Schools, her sister Carolyn, brother David, nieces Betsy Bailey, Ginny Cunningham Sidebottom, Sarah Hogencamp, and Anna Walton and nephews James and John McCrone. A celebration of life ceremony will be held at a future date in the Spring.

The family of Sue Ella Meadows created this Life Tributes page to make it easy to share your memories.

Send flowers to the Meadows family.