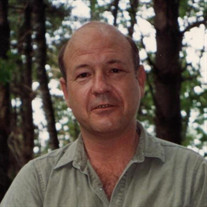 Stephen (Steve) Allen Wiley of Stevensville, MD passed away suddenly on Monday, April 4, 2022. He was 73 years old. Born on July 31, 1948, in Algona, IA, he was the eldest son of Lawrence and Gertrude Wiley. Steve grew up in Camp Hill, PA, where he was active in his community at Camp Hill High School. He had a lifelong passion for ships. In pursuit of this passion, he attended the Webb Institute of Naval Architecture and graduated in 1971 with a B.S. in Naval Architecture and Marine Engineering from the University of Michigan. During his college years, Steve participated in the final assembly of the ice-breaking SS Manhattan, the first and largest commercial cargo ship to navigate the Northwest Passage. After graduation, he joined the U.S. Navy where he served as a Main Propulsion Assistant while an LTJG on board the USS Puget Sound (AD-38). In 1974, Steve left the Navy and began his career as a Naval Architect. During his 42 years in the industry, Steve was associated with the design of over 48 different ships or marine vehicles, of which 20 were built. Notably, he directed the structural engineering design for the Project America cruise ships, which were the first large ocean passenger vessel designs performed in the U.S. in over 50 years. He was also instrumental in designing the Israeli Navy SA’AR V corvettes, the most successful small ocean combatants designed and built for export in the U.S. since the end of World War II. Outside of work, Steve was a voracious reader. Some of his favorites included novels about history, ships, and the military, but he also enjoyed the more light-hearted Calvin and Hobbes comics. Additionally, he enjoyed drawing and spending time outdoors, particularly in the mountains of Pennsylvania and Virginia. Steve is survived by his wife, Barbara; daughter, Jessica; stepdaughter, Lisa (Mark) Kuennen; and siblings Sarah (Ron) Wiley-Bauer and Robert (Julia). He was preceded in death by his parents. The family will be honoring Steve’s life in a private ceremony. In lieu of flowers, memorial contributions may be made to the American Heart Association. For online tributes, please visit www.fhnfuneralhome.com

Stephen (Steve) Allen Wiley of Stevensville, MD passed away suddenly on Monday, April 4, 2022. He was 73 years old. Born on July 31, 1948, in Algona, IA, he was the eldest son of Lawrence and Gertrude Wiley. Steve grew up in Camp Hill,... View Obituary & Service Information

The family of Stephen Allen Wiley created this Life Tributes page to make it easy to share your memories.

Send flowers to the Wiley family.