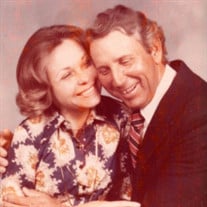 Nellie “Ruth” Wyatt passed away on January 31st, 2022 at Bayleigh Chase Assisted Living. She was 87 years old. Ruth was born in Centreville, MD on December 7th, 1934 to the late Frederick H. Kaufman and the late Lola Mae Thompson. Ruth grew up on a farm and had many stories about that time of her life. After graduating high school, Ruth married her late husband, Donald Edgar Talmadge Wyatt. They were married for 57 years and had a long and happy marriage. They were never apart and did everything together. She referred to him as “My Donald”. Ruth worked at the Comptroller of the Treasury Department doing payroll. She was a member of the Kent Island United Methodist Church and a quilting club. She was always involved in her children’s and grandchildren’s lives. Always with a helping hand and a kind heart. Along with her parents, Ruth is predeceased by her husband, Donald Edgar Talmadge Wyatt, her sisters Helen Hicks, Betty Ann Fulford, Irene Bryan, and Lola Mae Kaufman, and brother Lee “Buster” Kaufman. She is survived by her two sons, Martin (Emily) Wyatt of Chester and Adam (Caralin) Wyatt of BelAir, grandchildren Claire Wyatt, Phoebe Wyatt, Steven Wyatt, and Tristan Wyatt, and sister Barbara “Bobbi” Bostic. A memorial service for Ruth Wyatt will be held on Saturday, February 12th at 1:00 P.M., with a reception immediately following at Fellows, Helfenbein & Newnam Funeral Home: 106 Shamrock Road Chester, MD 21619. In lieu of flowers, contributions can be made to Kent Island United Methodist Church: 2739 Cox Neck Road Chester, MD 21619. Online condolences can be made at www.fhnfuneralhome.com.

The family of Ruth Wyatt created this Life Tributes page to make it easy to share your memories.

Send flowers to the Wyatt family.