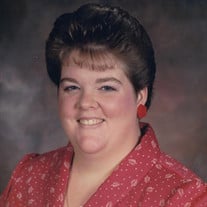 Ruth Gertrude “Ruthann” O’Neill of Chestertown, MD died on October 30, 2021. She was born on May 7, 1965 in Chestertown, MD to parents Joseph and Leona O’Neill. She graduated from Queen Anne’s County High School with the class of 1983, where she was involved with band. She then went on to study at Alvernia University and received a Math, Physics, and Music degree in 1987. In 1989, she graduated from University of Maryland College Park with a Bachelor’s degree in Education. She taught mathematics at Northwestern High School in Prince George’s County, then at Kent County High School, and finished her teaching career with Talbot County High School. She became a caregiver for her mother and later worked for USA Fulfillment. She coached her students with the Robotics Team at Northwestern and the national association of Mathematics, Engineering, Science Achievement program at Kent during her time as an educator. She was a member of Hope Fellowship Church in Chestertown, where she was very active. She was inspired by music; she played piano, was involved with the choir, and was an active participant in the church music program. She loved her cats and was a total animal lover. She was preceded in death by her parents, her eldest sister, Theresa Kessinger, and eldest brother, Joseph O’Neill Jr. She is survived by two sisters, Mary Luike of Betterton, MD and Kathleen O’Neill of Annapolis, MD; a brother, Thomas O’Neill of Levittown, PA; very special niece Jessica Luike of Betterton, MD; as well as numerous nieces and nephews. Services will be held on Wednesday, November 10 at 11:00 am at Fellows, Helfenbein, and Newnam Funeral Home in Chestertown. In lieu of flowers, donations can be made to Hope Fellowship Church at P.O. Box 579, Chestertown, MD 21620, or to the Humane Society of Kent County at 10720 Augustine Herman Highway, Chestertown, MD 21620.

The family of Ruth Gertrude "Ruthann" O'Neill created this Life Tributes page to make it easy to share your memories.

Send flowers to the O'Neill family.