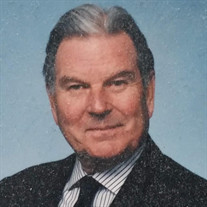 Ronald Felix Steg, DDS, MS, age 92, of Easton, MD (formerly of Jamestown, NY), passed away peacefully on February 1. Born on May 6, 1929 in Erie, PA, he was the youngest of three children of Felix and Helen Nicholaus Stegelske. He earned his BA from Gannon College, and his DDS at Temple University in 1952, where he also showed his flair for the humanities and his dynamic personality by serving as Feature Editor of The Odontolog, the yearbook for Temple’s dental school. A Captain in the USAF during the Korean War, he first interned at Walter Reed Army Medical Center and then served as a surgeon at Langley Air Force Base. After the war, he completed his MS in Oral Surgery (University of Minnesota 1958) as a Fellow at the Mayo Clinic. He then moved to Jamestown, NY to raise his family, serving the community through his oral and maxillofacial surgery practice from 1958-1992. Patients over the years often commented on his superlative technique and his gentleness as a surgeon. He was a Fellow of the American Association for the Advancement of Science, a Diplomate of the American Board of Oral and Maxillofacial Surgeons, and a Founding Fellow of the American College of Oral and Maxillofacial Surgeons. A huge fan of swing music, Ronald and his wife, Beatrice, danced divinely in their younger days to live music from the top ‘40s Big Bands, from Count Basie to Charlie Spivak. He played an impressive swing trumpet as well; his family remembers many evenings at home making music together. Ron was an All-Erie tennis champ, gifted figure skater, and world-class outdoorsman. He was always happiest in the field with his dogs, trolling for muskies or casting a fly rod, or braving the wilderness in Canada or the West. His children, nephews, grandchildren, and great-grandchildren have countless memories of special times spent together learning nature’s secrets in the woods or out on the boat. He was preceded in death by his parents, as well as his sister, Collette Gabreski (2004), and brother, Gilbert A. Steg (2017). He is survived by his loving wife of nearly 72 years, Beatrice Krahe Steg, children Collette, Cathleen, and Ronald, as well as three grandchildren, three great-grandchildren, and many nieces and nephews. Remembrances can be made in his honor through contributions to the Theodore Roosevelt Conservation Partnership or the Parkinson’s Foundation. The family will remember him joyfully with a celebration of his life in the summer of 2022.

Ronald Felix Steg, DDS, MS, age 92, of Easton, MD (formerly of Jamestown, NY), passed away peacefully on February 1. Born on May 6, 1929 in Erie, PA, he was the youngest of three children of Felix and Helen Nicholaus Stegelske. He earned his... View Obituary & Service Information

The family of Dr. Ronald Felix Steg DDS MS created this Life Tributes page to make it easy to share your memories.

Send flowers to the Steg family.