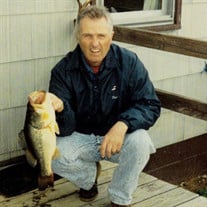 Richard T. “Dick” Wiltbank of Chestertown, MD died on Wednesday, March 2, 2022 at his home. He was 84. He was born on May 21, 1937 in Chestertown, the son of the late William E. and Mary Tims Wiltbank. His parents purchased Goose Hill Farm in 1939. Mr. Wiltbank was a lifelong farmer. He worked with his brother on their family farm, Goose Hill Farm, just outside of Chestertown. He was married to Joyce Ann Larrimore on July 27, 1957, she predeceased him on September 10, 2008. He was an avid fisherman who also loved to bowl, hunt, and travel. Simply put he enjoyed life. He is survived by his sons: Larry Wiltbank (Kay) of Chestertown, MD, Johnny Wiltbank (Josie) of Chestertown, MD, and Steve Wiltbank (Kim) of Church Hill, MD, his grandchildren: Jason Fletcher, Jessica Downs, Jonathon Wiltbank, Brittany, Matthew, Cody, and Amber Wiltbank, a sister: Gloria Clayton of Kennedyville, MD, along with 10 great grandchildren. Funeral services will be held on Saturday, March 12th at 11:00 AM at Fellows, Helfenbein, and Newnam Funeral Home where relatives and friends may call one hour prior to the service (10-11). Interment will be in Chester Cemetery, Chestertown. In lieu of flowers contributions may be made to The Animal Care Shelter of Kent County 10720 Augustine Herman Hwy Chestertown, MD 21620. www.fhnfuneralhome.com

The family of Richard Wiltbank created this Life Tributes page to make it easy to share your memories.

Send flowers to the Wiltbank family.