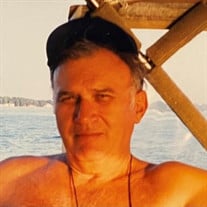 On May 21, 2021 Kent Island lost a legend. Reginald Willard “Reggie” Jones, 85, born May 5, 1936 in Grasonville, MD. Reggie was born in 1936 in his grandparent’s house on Main Street in Grasonville to Willard and Leola Jones. Reggie’s parents ran a general store in Grasonville and he often accompanied his father while delivering groceries. His most fond childhood memory was swimming in Piney Creek as a young boy. A few years later the family moved the general store to Chester where his mother ran the general store and his father worked the waters of Kent Island for oysters, clams, crabs, and eels. When World War II started many men from the area were drafted, including Reggie’s father. The family closed down the store and moved in with Leola’s family on the Shipping Creek Farm. Reggie helped his grandfather tend to the farm, tonged for oysters, and they hunted ducks that would be shipped to Baltimore. Reggie attended school in Stevensville and when he was 14, he began working on freight ships to Baltimore. On the weekends he loved being on the water and told of countless heroic tales and near disasters. He attended Stevensville High School and spent his final two years of high school at Valley Forge Military Academy where he graduated. During those two years he was a Life Guard at Sandy Point State Park he watched the building of the Chesapeake Bay Bridge. Reggie served in the Army for three years and worked for the National Security Administration (NSA) in Arlington before coming back to Kent Island. Upon his return he bought a clam rig and began working on the water. It was around this time that Reggie met the love of his life, Gloria Jones, at Holly’s Restaurant in Grasonville and they were married in 1960. In the early 1960’s Reggie and four other clammers started The Maryland Seafood Co-op which grew to roughly 700 members before the clamming business fizzled out. By sheer chance, Reggie met Nathan Morris who owned Kentmoor Marina on Kent Island. Mr. Morris asked Reggie if he would work on weekends to sell lots for a new development called Tower Gardens. Reggie worked on the water during the week and sold lots on the weekends becoming close friends with Mr. Morris. By 1960 Reggie became a licensed Realtor for the State of Maryland and he was able to stop clamming full time. He often spoke of a cold winter day when he was driving over the Kent Narrows Bridge, as he looked out across water, he saw all of his good friends working very hard in the freezing cold. Reggie always said that was the moment he realized he had changed the history of his family for the better. In 1970, Reg earned his brokers license and he opened Reginald Jones Realty. In a few years he was elected President of the Kent and Queen Anne’s Board of Realtors. In 1972 he was named Realtor of the Year for Queen Anne’s County and went on to receive multiple awards throughout his career. Reggie was very proud of what he had become and he didn’t want his son Willard “Andy” Jones work on the water. Reggie sent his son to live for the summer with his friend and legendary Kent Island waterman Joe-Buck Baxter when he was 10 years old. He told Joe-Buck to “make the boy work”, and after a summer on Joe-Buck’s boat Andy understood what his father meant. Reggie was very proud that this son graduated from Severn School in 1994 and went on to graduate from Elon College in 1999. Reggie is survived by his wife of 60 years, Gloria, his son Willard and his wife Ashley, two grandchildren Morgan and Dylan, and his sister Rena Dye. A celebration of life will be held later this summer. Service times will be announced when available. In lieu of flower donations please make donations to the Kent Island Heritage Society, P.O. Box 321, Stevensville, MD 21666.

The family of Reginald Willard Jones created this Life Tributes page to make it easy to share your memories.