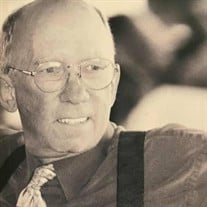 Philip Wyatt Moore III, 79, passed away on February 19, 2022, in Easton, MD due to respiratory complications. Phil was a resident of Charlevoix, MI. He was born in Evanston, IL on June 27, 1942, to Henrietta Boal Moore and Philip Wyatt Moore Jr. Phil grew up in Winnetka, IL where he attended North Shore Country Day School, founded by his grandparents. Graduate of Harvard University and University of Chicago Law School, he was an activist who made a huge impact. Phil was a civil rights worker in the Mississippi Summer Project, registering black voters in Jackson, Mississippi. His activism continued into corporate reform, as Executive Director of the Project on Corporate Responsibility, which started with Campaign GM. He also participated in political reform and was a part of the team that changed the rules for the delegate selection process in 1968. He continued his career as a professor of history and law. Phil was definitely a powerful presence in all realms of his life. Phil was the master of ceremonies for all family functions; a natural born orator and vibrant story-teller. If you knew him, you would understand why he was consistently referred to as the “loving curmudgeon”. He kept his family and friends close and always made you feel his pride. His impact on others was colossal. Many sought his wise counsel. Phil was an invested in-loco parentis for his Australian / Chicago nieces and nephews, and his extended network of children’s friends. His zest for life was apparent in his love of playing games and having fun. Phil was an avid tennis player, die-hard Cubs fan, loved writing, reading, boating, music, dancing and was consistently found with a New York Times crossword puzzle. His wit, humor and intellect was constant. He was a loving father, brother, husband and friend and is survived by his partner Catherine Paklaian of 20 years, his first wife Nancy Scheffler, three children Chris Moore (Jenno Topping), Liza Ledford (Mark Ledford) and Rachel Moore (Vinnie Ricasio), step-children Sara Vesci (Kevin Vesci) and Jonathan Paklaian, two sisters Ayrie and Lucy Musawa (Eagle), brother Tom (Kerry), nine grandchildren Mason, Maddie, Alice, Charlie, Ike, Reid, Nate, Connor, Liam and many cousins, nieces, nephews, extended family and friends. In addition to his parents, he was preceded in death by his sister Lesley. A private celebration of life will be held in June 2022 in Charlevoix, MI

Philip Wyatt Moore III, 79, passed away on February 19, 2022, in Easton, MD due to respiratory complications. Phil was a resident of Charlevoix, MI. He was born in Evanston, IL on June 27, 1942, to Henrietta Boal Moore and Philip Wyatt Moore... View Obituary & Service Information

The family of Philip Wyatt Moore III created this Life Tributes page to make it easy to share your memories.

Send flowers to the Moore family.