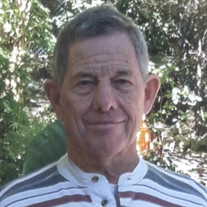 Paul O’ “Neal” North passed away on March 20, 2022, at his home. He was 84 years old. He was born on November 19, 1937, in Cambridge, MD, the son of the late Willard and Wilsie Shorter North. Paul graduated high school in 1955 and served in the U.S. Army as a paratrooper from 1956-1959. He married the former Wanda Haddaway in 1961 and they made their home in Easton. Paul worked for C. Albert Matthews and then was employed with the U.S. Post Office as a letter carrier in Easton for 37 years until his retirement. Paul enjoyed working out in the yard, helping others, going for walks, and biking. He is survived by his wife of 61 years, Wanda North, his daughter, Terri Webb (Troy) and several nieces and nephews. In addition to his parents, he was preceded in death by his siblings; Tommy, Fred, Rose, Sylvia, and Lynne. We would like to thank everyone who has kept in touch and expressed concern about our beloved husband and father. Special acknowledgement to Dr. Deitrich and his office staff, Talbot Hospice (even the staff that just called to check on us), Easton Hospital and ambulance staff. Special thanks to Phyllis Peddicord. A graveside service with military honors will be held on Monday, March 28, 2022, at 1:30 PM at Oxford Cemetery in Oxford, MD. Memorial contributions may be made in Paul’s honor to Talbot Hospice, 586 Cynwood Drive, Easton, MD 21601 – www.talbothospice.org/donate/ or Alzheimer's Association, P.O. Box 96011, Washington, DC 20090 – www.alzfdn.org

The family of Paul O`Neal North created this Life Tributes page to make it easy to share your memories.

Send flowers to the North family.