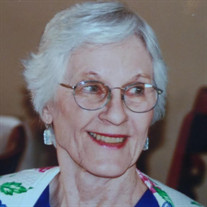 Patricia L. Martin, formerly of Hel’s Half Acre, Oxford, died at Peak HealthCare - Easton, on June 5, 2021. She was 86. Born in Easton August 17, 1934, she was the only daughter of Charlotte and Orem Hubbard. A 1952 Easton High School graduate, enrolled in the Maryland General Hospital Registered Nursing Program and graduated in 1955. Married Paul A. Martin Jr., on December 26, 1955. A dedicated military spouse, involved a few moves including Arizona, England, Florida, Virginia and eventually retiring to her hometown, Oxford in 1969. She resided there for 51 years. She lived at HeartFields Assisted Living from January 27, 2020 until recently. Pat was a lifetime member of the Church of the Holy Trinity and active in the Ladies Auxiliary of the Oxford Fire Company. Mrs. Martin is survived by two daughters, Jeanie Holtz and (Chris) of Cambridge, Debbie Daniels and (Tim) of Easton; five grandchildren and seven great-grandchildren; three brothers; James Hubbard of Castine, Maine, Peter Hubbard of Berkeley, California and Paul Hubbard of Conowingo, MD. Memorial donations may be made to the Church of the Holy Trinity in Oxford or Oxford Fire Company. A graveside service will be held at Oxford Cemetery Saturday, June 12, at 10:00 am.

The family of Patricia Lelia Martin created this Life Tributes page to make it easy to share your memories.

Send flowers to the Martin family.