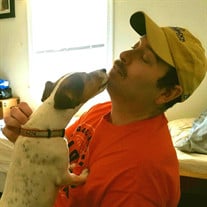 Norris E. “Ned” Shannahan, Jr., 37, passed away at his home in Salisbury, MD, on Monday, November 8, 2021. He was born in Annapolis on August 24, 1984. He is the son of Norris “Chirp” Shannahan and K. MaGale Shannahan. He grew up in Oxford on Boone Creek where he enjoyed boating, crabbing, and fishing. He was a competitive ice hockey player from the age of 6 through high school and was very active in local ice hockey travel teams. Ned attended The Country School, The Gunston School and Easton High School. His chosen profession was carpentry where he exceled at house framing. He gained much of his experience while working locally for P.E. Moore and Sons. He loved the ocean and spent a lot of his free time in Ocean City where his mother and half-sister Kelly lived. Ned had great insight into peoples’ feelings and possessed an innate ability to make them feel comfortable. In addition to his father Chirp, and his wife Anne, Ned is survived by his two half-sisters: Kelly Carney of Ocean City and Jennifer Carney of Petersburg, VA; Aunts and Uncles: Mary Carol and Pete Gregory of Royal Oak; Eleanor Shannahan of Easton; John and Mimi Shannahan of Oxford; Mollie and Art MacAdams of Chester; and Patrick and Jennifer Shannahan of Davidsonville. Additionally, he will be missed by his many cousins. He was preceded in death by his mother: Magale Shannahan; his grandmother: Polly Shannahan; and his stepbrother: Robbie Cameron. A graveside service will be held on Thursday, November 18, 2021, 11:00am at The Oxford Cemetery; 26570 Oxford Rd, Oxford MD, 21654 In lieu of flowers, contributions in memory of Ned Shannahan, may be made to Dove Pointe, PO Box 1610, Salisbury, MD 21802

The family of Norris "Ned" Shannahan Jr created this Life Tributes page to make it easy to share your memories.

Send flowers to the Shannahan family.