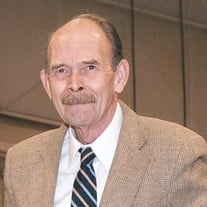 Michael J. Dougherty, a longtime resident of the Centreville area, died on April 25, 2022, at his home. Born October 14, 1950, at West Chester, PA, he was the son of the late George J. and Mary L. Dougherty. After graduating from Bishop Shanahan High School, he attended Drexel Institute of Technology to study engineering, but the lure of the world of horses was too strong and he left the university to pursue a career in the horse business. For more than 40 years Mr. Dougherty was a well-known equine dentist in the Mid-Atlantic area, with clients from New York to Virginia. Many of the horses in the region were his patients, including the winners of the Preakness, The Breeders Cup Classic, The Breeders Cup Mile, and many other graded stakes. He also treated several Olympic Gold Medal Winning Horses. All types of horses and ponies were in his practice from Minis to draft horses. He was a member of the Maryland Horse Breeders Association. Mr. Dougherty’s other passion in life was breeding and exhibiting pure breed dogs. His Australian Shepherds and German Shepherd dogs won many AKC awards in conformation and obedience. His German Shephard Ruthie qualified in the top 10 in the National Owner Handled Series two years in a row, earning her an invitation to Orlando for the National Championship. He was a founding member and past president of the MidAtlantic Australian Shepherd Club, a member of the German Shepherd Dog Club of America, and a Director of the Talbot Kennel Club, where he taught a class in show handling. He was past president of the Humane Society of Queen Anne’s County and served on the County Animal Control Commission. He is survived by his brother Thomas and his wife Janet of Middlebury Center, PA, and several cousins. Both of his marriages ended in divorce. A visitation will be held on Thursday, May 26, 2022, from 6-8pm at the Fellows, Helfenbein & Newnam Funeral Home, P.A. in Centreville, MD. In lieu of flowers donations may be made to Queen Anne’s County Animal Services, 201 Clay Drive, Queenstown, MD 21658.

Michael J. Dougherty, a longtime resident of the Centreville area, died on April 25, 2022, at his home. Born October 14, 1950, at West Chester, PA, he was the son of the late George J. and Mary L. Dougherty. After graduating from Bishop Shanahan... View Obituary & Service Information

The family of Michael Joseph Dougherty created this Life Tributes page to make it easy to share your memories.

Michael J. Dougherty, a longtime resident of the Centreville...