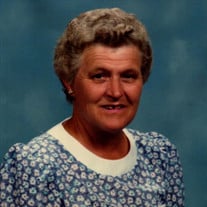 Marie Leiby Orem of Chestertown, MD died on August 10, 2021 at Whispering Pines Assisted Living in Rock Hall. She was 85. She was born on June 22, 1936 in Chestertown, the daughter of the late Edward and Violet Leiby. On June 22, 1956, she married the love of her life, Dudley Orem Jr., with whom she had two daughters. Mrs. Orem was dedicated to raising her family and never missed her daughter Lisa’s softball games or her grandchildren’s activities and involvement in Tang Soo Do. She was an avid softball player, an exceptional bowler and golfer, and was the scorekeeper for her husband’s and children’s baseball and softball teams. Mrs. Orem worked at the General Store in Chestertown and, just before her husband’s death in 1999, began her career as a substitute teacher at Kent County Elementary School. She taught there for many years and was known for her stern but kind demeanor. She was a sought-after substitute by all the full-time teachers because they knew that they would return to an organized classroom. She enjoyed playing cards, cutting her grass, attending horse races, dinner with friends, and working in her garden. She was a member of the First United Methodist Church and the Chester River Yacht Country Club. Mrs. Orem was preceded in death by her parents, her husband, her brother Bill Leiby, and sister Patsy Sutton. She is survived by her daughters, Lee Ann Marvel and her husband Jamie of Chestertown, MD and Lisa Marie Orem and her wife Debby of Rehobeth, DE; her sister, Trudy Zimmerman and her husband Elmer of Chestertown, MD and sister-in-law Marian Leiby of Chestertown, MD; her grandchildren, Shawn and Stephen Marvel of Chestertown, MD; and goddaughter Karen Lowman. Services will be held privately. Donations can be made in Mrs. Orem's name to Compass Regional Hospice 160 Coursevall Drive Centreville, MD 21617. Arrangements by Fellows, Helfenbein, and Newnam Funeral Home www.fhnfuneralhome.com.

Marie Leiby Orem of Chestertown, MD died on August 10, 2021 at Whispering Pines Assisted Living in Rock Hall. She was 85. She was born on June 22, 1936 in Chestertown, the daughter of the late Edward and Violet Leiby. On June 22, 1956, she... View Obituary & Service Information

The family of Marie Leiby Orem created this Life Tributes page to make it easy to share your memories.

Send flowers to the Orem family.