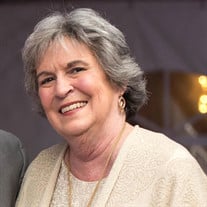 Lynne Lovelace Riley-Coleman of Stevensville passed away on October 21, 2021. She was 78 years old. Lynne was born on December 10th, 1942, in San Diego, California to the late Vice Admiral Herbert Douglas Riley, USN and the late Marjorie Elizabeth Towers Riley Rotureau. Lynne spent her early years in Baltimore with her grandmother, Sarah Maude Mealy Riley. She attended St. Agnes School in Alexandria, VA from 1953 to 1958. She then attended Punahou School in Honolulu, Hawaii where she graduated from in 1960. After graduation, she returned to Virginia to attend Sweet Briar College, class of 1964. Her success was apparent throughout her career. She was one of the founders of and president of Montgomery Data Systems, Inc., a computer service bureau in Kensington, MD from 1970 until she retired in 2001. Lynne married the late John King Gladden Colemen, who was the former Chief of the Gasoline Tax Division of the state of Maryland. He passed away in 1993. She was very active in multiple organizations and clubs. She was a sustaining member of the Junior League of Washington, former treasurer of the Kent Island Federation of Arts, Inc (KIFA), treasurer and board member of the Kent Island Heritage Society, former officer and board member of the Queen Anne Colony Association, life member of the Maryland Historical Society, life member of the Maryland Genealogical Society, member of the National Genealogical Society, member of the New England Genealogical & Historical Society, and a volunteer for Animal Resource Foundation. Lynne is survived by her son, Alan A. Coleman and his wife Judy; daughter, Wendy Todd Coldwell and her husband Robert; 3 granddaughters Kimberly Coleman Rogers, Holly Coleman Marfani (Shan), and Jennifer Morris Black (Terry), as well as great grandson Bradley Marfani. A visitation for Lynne will take place on Monday, November 1st, from 2:00 pm to 4:00 pm and then 6:00 pm to 8:00 pm at Fellows, Helfenbein & Newnam Funeral Home, 106 Shamrock Road Chester, MD 21619. A funeral service will take place at the funeral home on Tuesday, November 2nd, 2021, at 11:00. Burial will follow in St. Anne’s Cemetery in Annapolis. The service will be live streamed for those who cannot attend in person. In lieu of flowers, contributions can be made to KI Federation of Arts or KI Heritage Society

The family of Lynne Lovelace Riley-Coleman created this Life Tributes page to make it easy to share your memories.

Lynne Lovelace Riley-Coleman of Stevensville passed away on October...

Send flowers to the Riley-Coleman family.