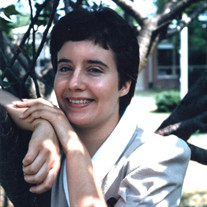 Lisbeth “Libby” Jessup Jordan of Queenstown, MD, passed away on November 17, 2021, at the University of Maryland Shore Medical Center in Easton. She was 65 years old. Born on November 11, 1956, in Bryn Mawr, PA, she was the daughter of John Butler Jessup, Jr. and Dorothy Ruth (Ball) Jessup. Libby graduated from The Country School in 1970 and Easton High School in 1974, where she placed in the top five percent of her class. She became a woman of many languages, graduating Magna Cum Laude with degrees in French and German from Western Maryland College in 1978 and completing the National Cryptologic School’s intensive Russian Language program in 1979 with an outstanding academic achievement award. Her career at the National Security Agency (NSA) spanned over three decades, beginning with assignments as a Russian Linguist and Intelligence Analyst. Her exceptional interpersonal skills were soon recognized, and she was promoted into higher management positions. Her staff-level experience included tours as the NSA Liaison Officer to the U.S. Senate and, later, as Liaison Officer to the U.S. House of Representatives. She was often chosen for ad hoc assignments in support of the Director of NSA. Libby retired from NSA in 2012. Although she was a member of the National Honor Society, her interests were not limited to the academic. Libby loved to bake, putter around in the garden, work on home improvements, and listen to music. Most of all, she loved to take care of her family. On January 10, 1987, Libby married Jerry Jordan, who survives her. Also surviving are her son Jerald “Jessie” Jordan of Salisbury, MD; her brother Norton “Ned” Jessup in Nigeria; her nephew Nicholas Jessup of Texas; her aunt Nancy Burns of Easton; her sisters-in-law Cindy Jordan of Battle Ground, IN, and Nancy Jordan of New Port Richey, FL; her mother-in-law Elnora Jordan of West Lafayette, IN; and her beloved golden retriever Cheddar. She was predeceased by her parents, her uncle Bernie “J.B.” Burns, her aunt Nancy Wells, and her brother-in-law George Jordan. A visitation will be held at Fellows, Helfenbein & Newnam Funeral Home, P.A. in Chester, MD, on January 22, 2022, from 1 PM - 2 PM. A service will begin at 2 PM and will be webcasted for those who cannot attend in person. Private burial will take place in McKinley Memorial Gardens, Winamac, IN. In lieu of flowers, memorial contributions in Libby’s name may be made to your local animal welfare or humane society. For online tributes, please visit www.fhnfuneralhome.com

The family of Lisbeth "Libby" Jessup Jordan created this Life Tributes page to make it easy to share your memories.